Valencia has an amazing Arts and Science City designed by Santiago Calatrava.

Catalonia has been in the midst of political unrest for the last month. There are a lot of protests, a lot of police, but very peaceful so far. There are fewer tourists than I’ve ever seen here in the last thirty years, which is nice.

From The Basque Country I headed south to Algeciras where I did some hiking along the coast and to the top of Gibraltar.

Then I took the ferry 20 km across the Straight of Gibraltar to Tangier for a few days.

Back in Spain I spent a few more days hiking around Tarifa, then began heading g towards Barcelona for my flight home.

I spent a few days in the Basque Country – Pamplona, Bilbao, and San Sebastian. This is where the Pyrenees Mountains meet the Atlantic Ocean just south of the French border. 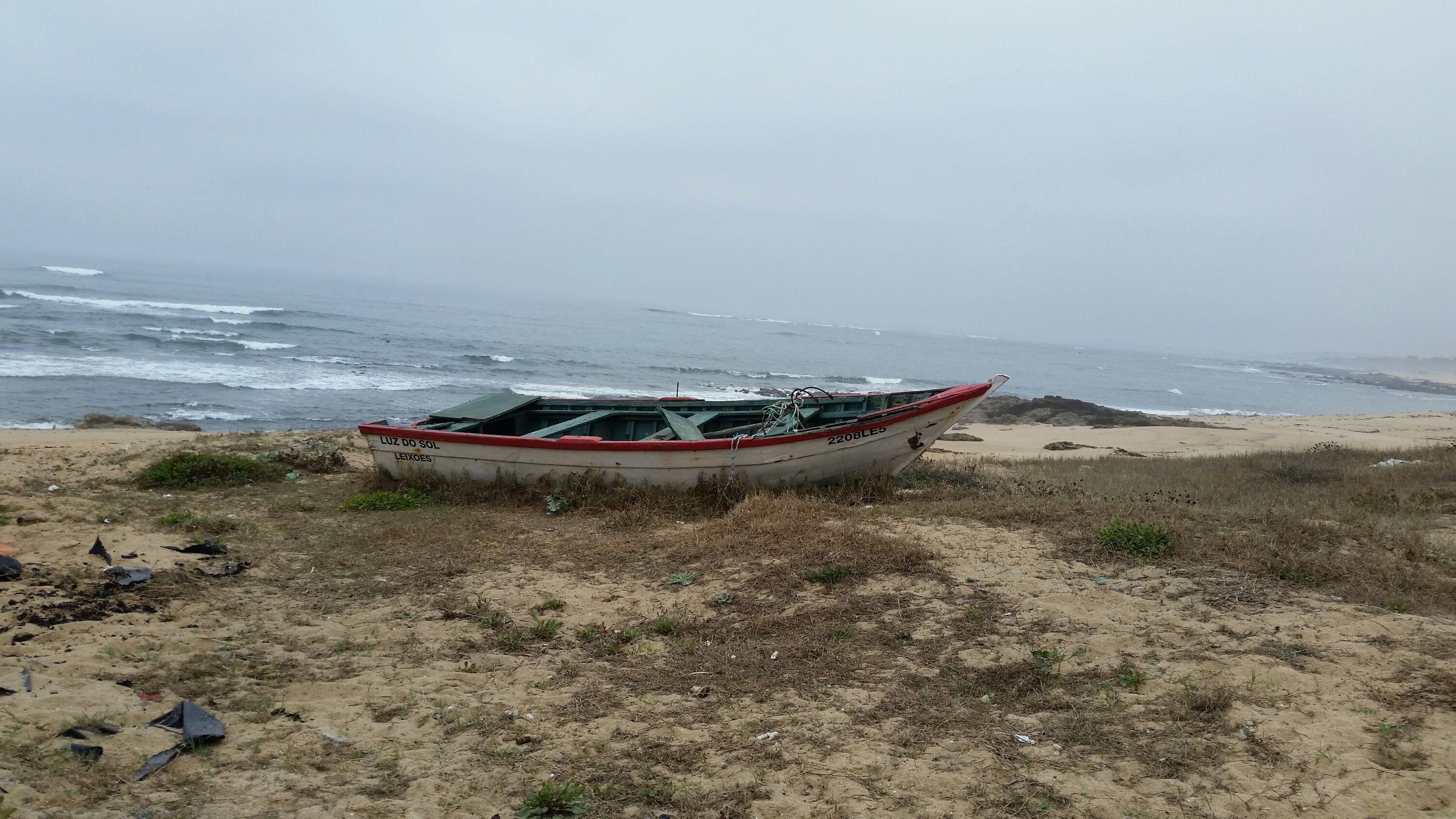 On Thursday, 5 October 2017 I walked out of Porto and on Sunday, 15 October I walked into Santiago, Spain and stopped due to fire and rain, having covered about 250 km. The fires were large forest fires burning behind me in northern Portugal and western Spain (Galicia) that produced so much smoke that by Sunday afternoon it was difficult to breathe. Then on Monday morning it started raining, and once it starts raging in Galicia it doesn’t stop.

Once one leaves the old town of Porto with its colonial atmosphere, everything is new. Beautiful sand beaches extend for 50 – 60 km north of Porto and the entire length is like a modern beach resort that has been built within the last 30 years. But with the foggy fall weather much of it was closed and shuttered for the winter, most of the people gone. A boardwalk extends along the beach for most of the distance. The occasional bar or restaurant was opened for the off-season crowd, naturally with loads of fresh seafood available. One of the specialties is a large pile of grilled fresh sardines with boiled potatoes and vegetables. Another is bacalao, salted and dried Atlantic cod. 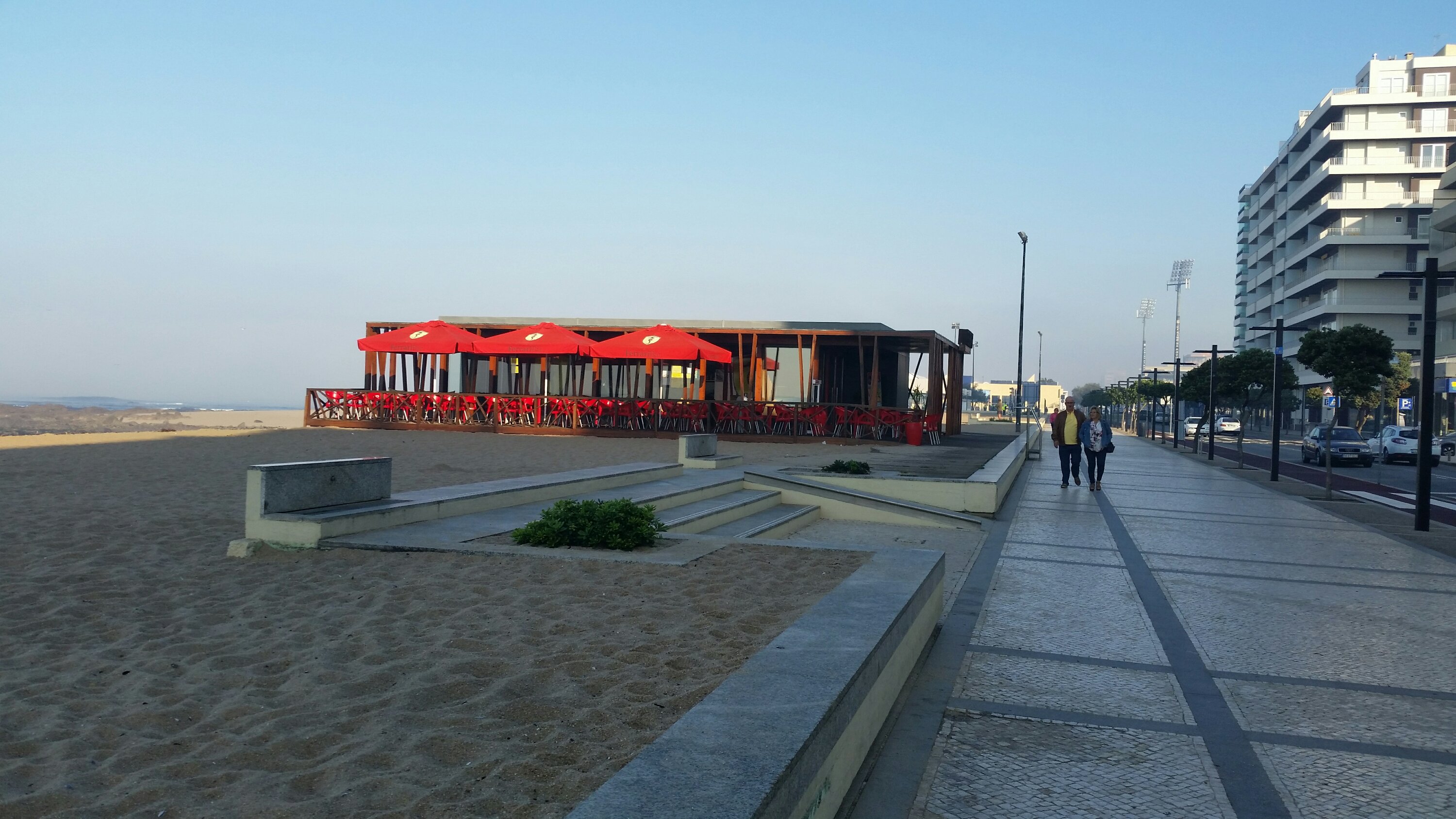 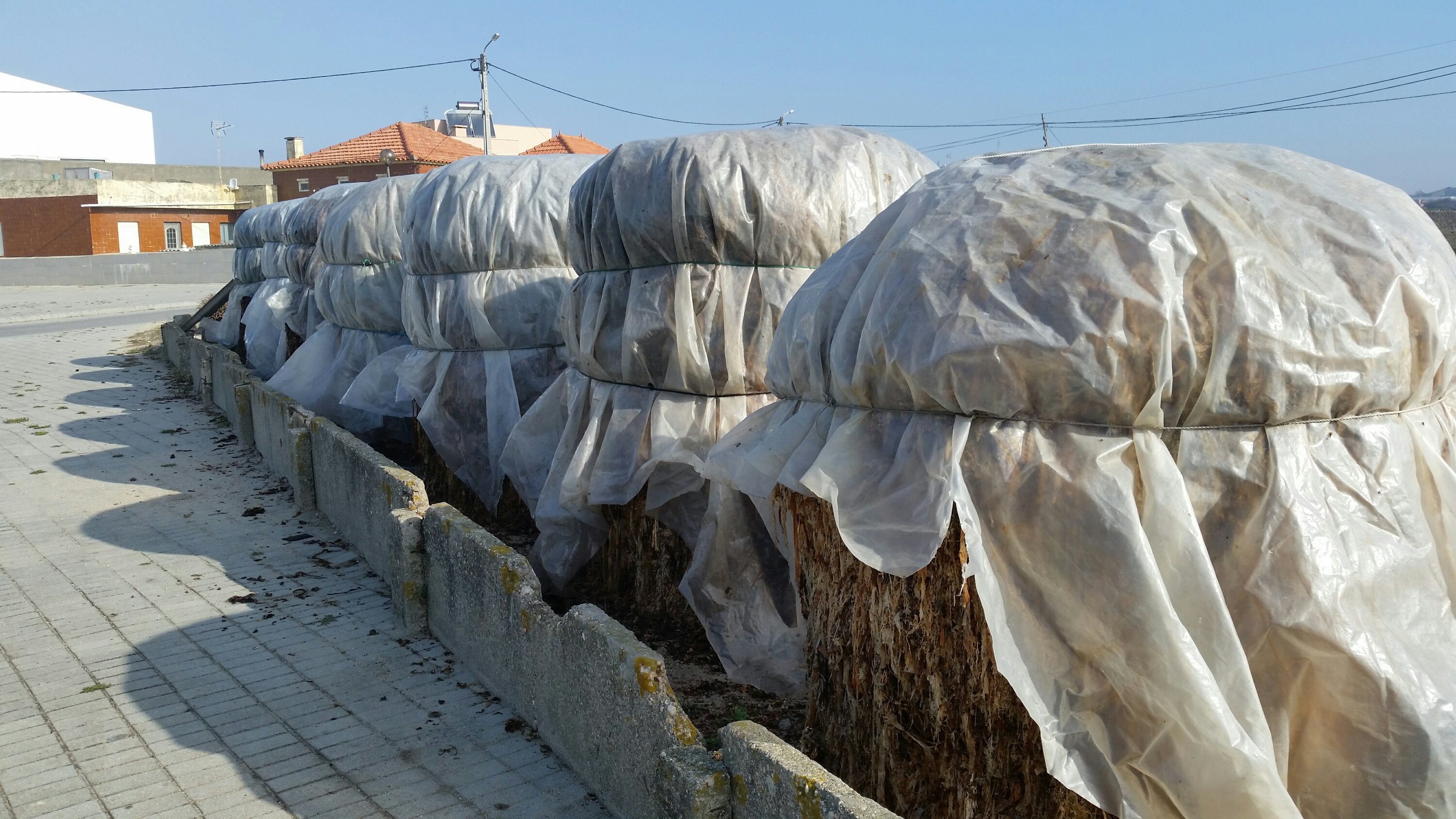 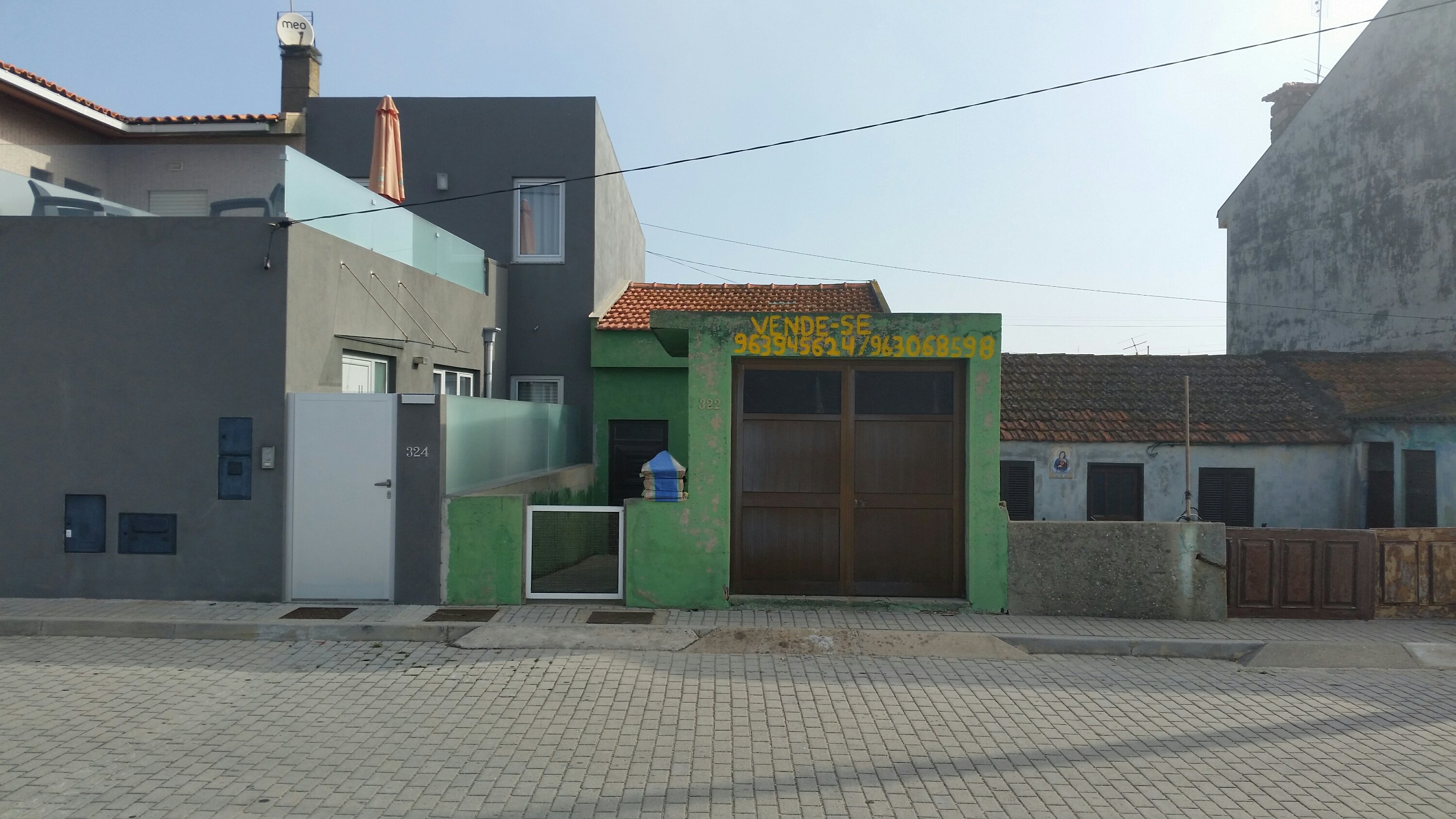 Once the beaches and resorts end the terrain becomes more varied, first over dunes and then through rolling hills with eucalyptus forests. This entire area of Portugal and Spain is traversed by numerous “GR” and “camino” routes, so there are choices available each day of traveling closer to the coast or further inland. The routes are well used; there aren’t crowds of people but you see runners, trekkers, and mountain bikers each day. 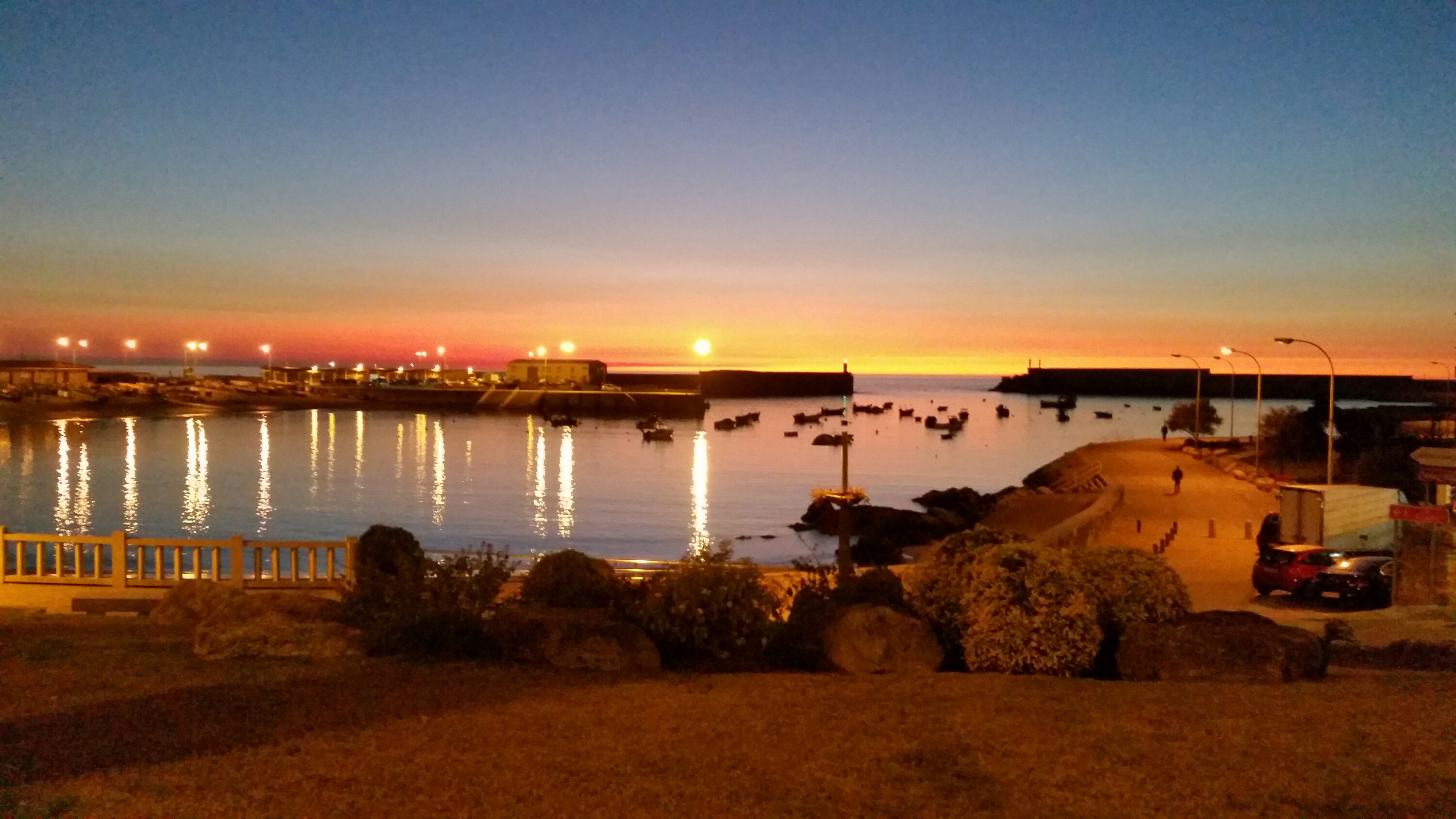 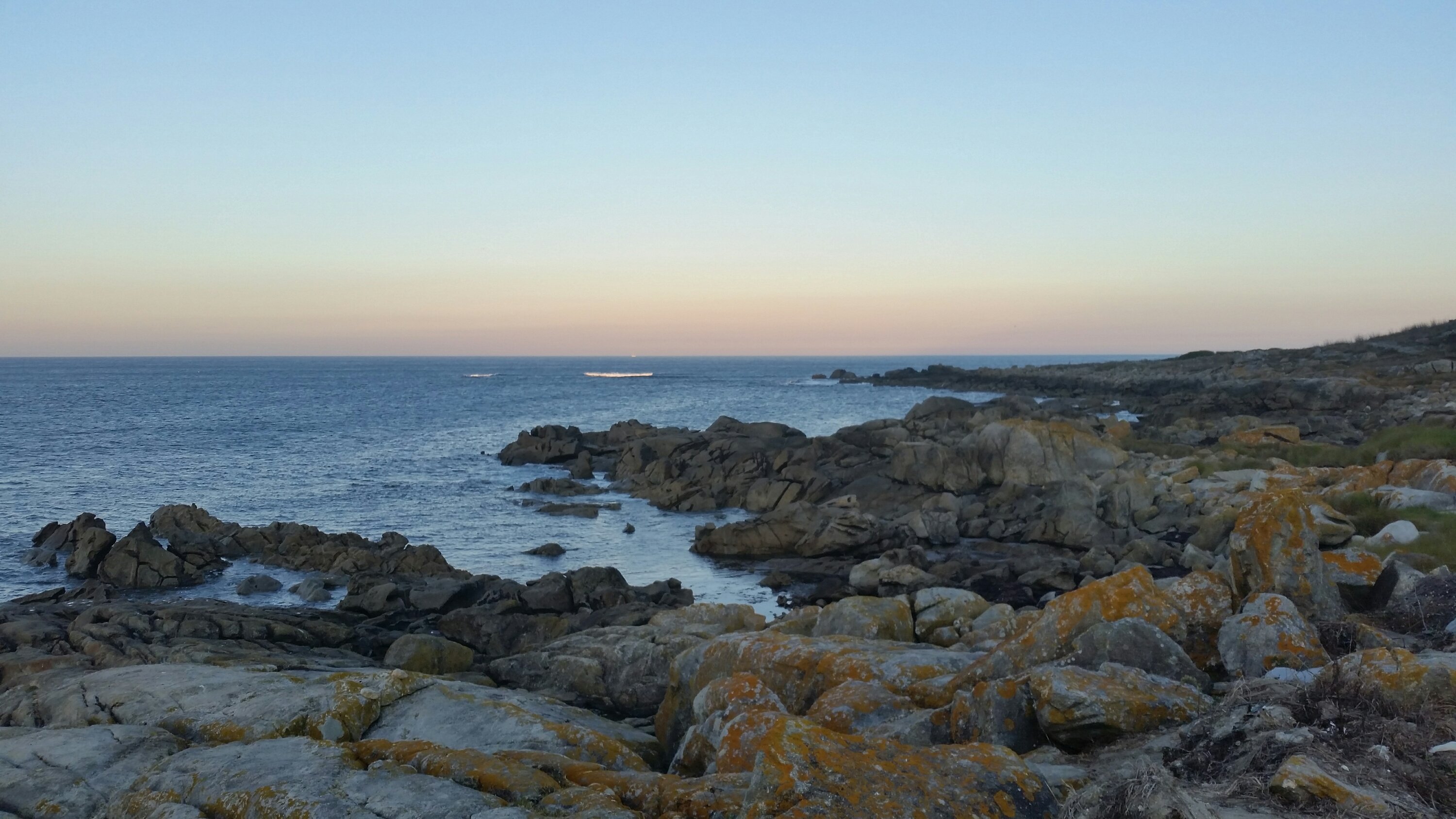 At Caminha, Portugal there is a ferry across the Minho River to A Guarda, Spain, a picturesque little fishing village. From here the coast becomes more jagged, with fjords cutting inland from the coast. The path runs north along the Atlantic, through the village of Oia, then turns east along the Ria de Vigo to Baiona, which has a really nice recreational marina with more pleasure boats than I saw anywhere else along the coast.

Another day of walking through the hills and along the beaches of Ria de Vigo brought me to Vigo, a large commercial port city. It has a very well maintained old city with steep winding streets that was deserted when I arrived in the evening. The next morning the place was packed. This is unusual in Spain – mornings are usually quiet, and things never seem to really get going until at least 8pm. Then I noticed a lot of the people were wearing funny hats and spoke English, and when I looked out towards the water there were two cruise ships at the dock. 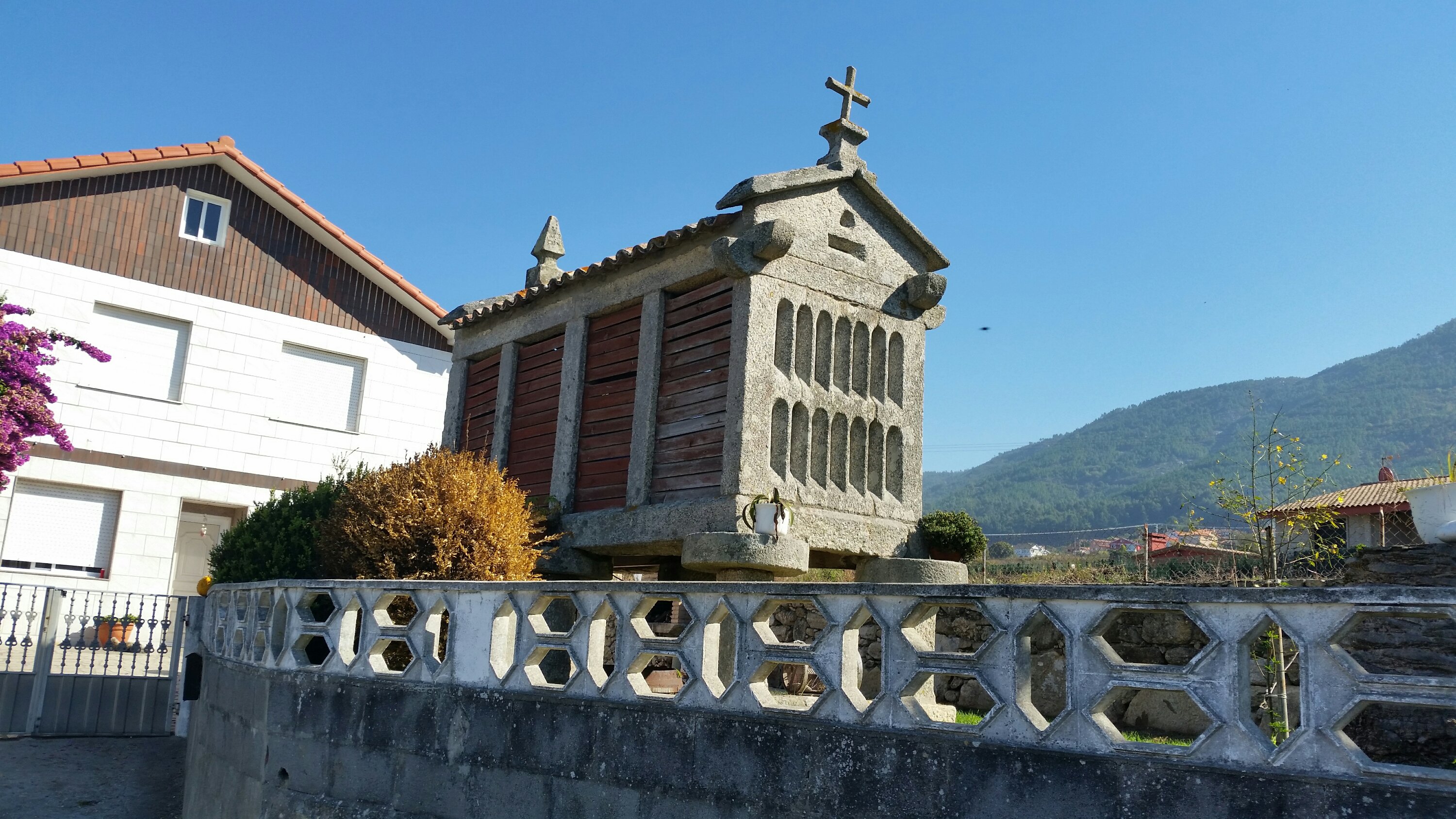 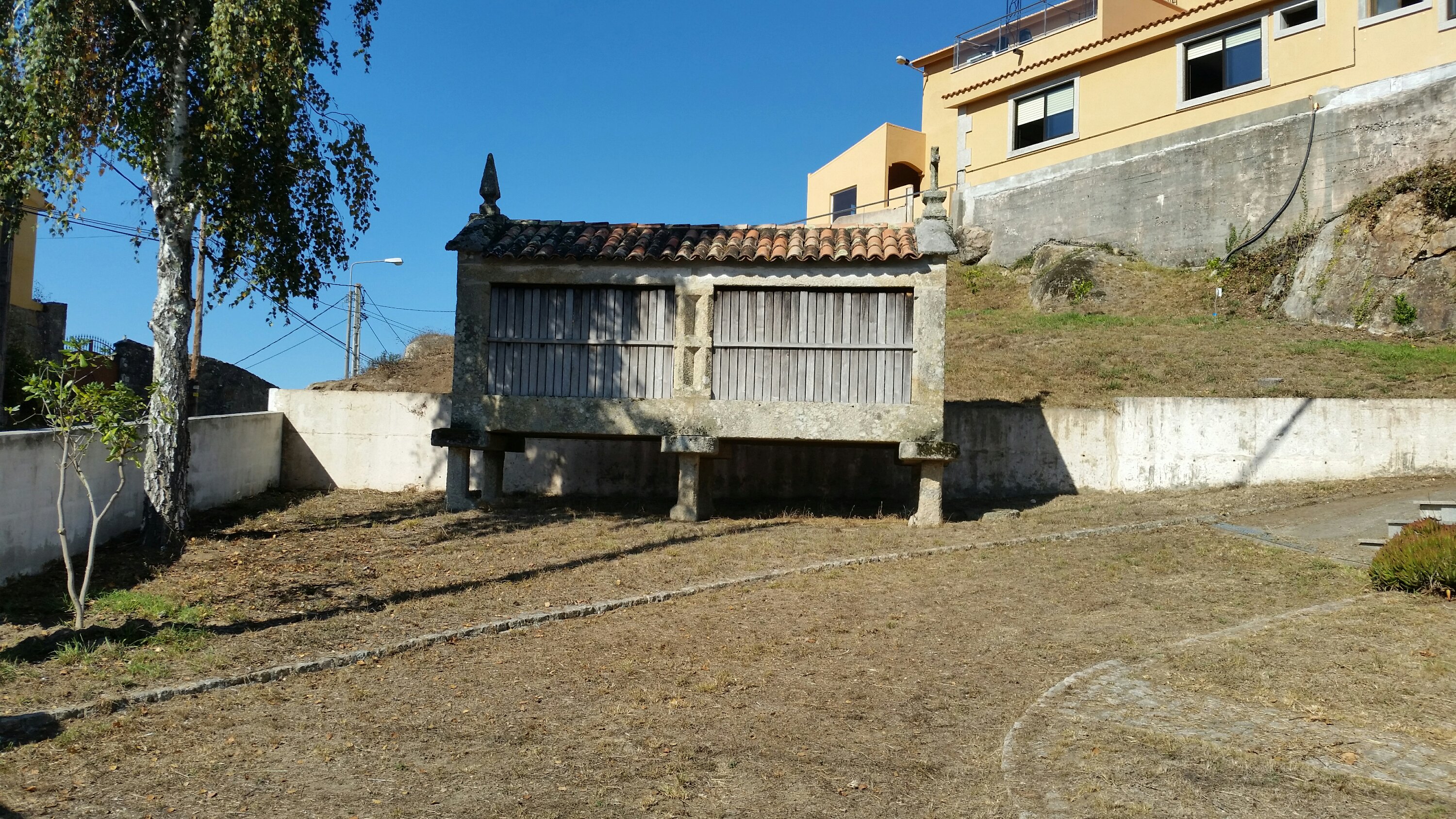 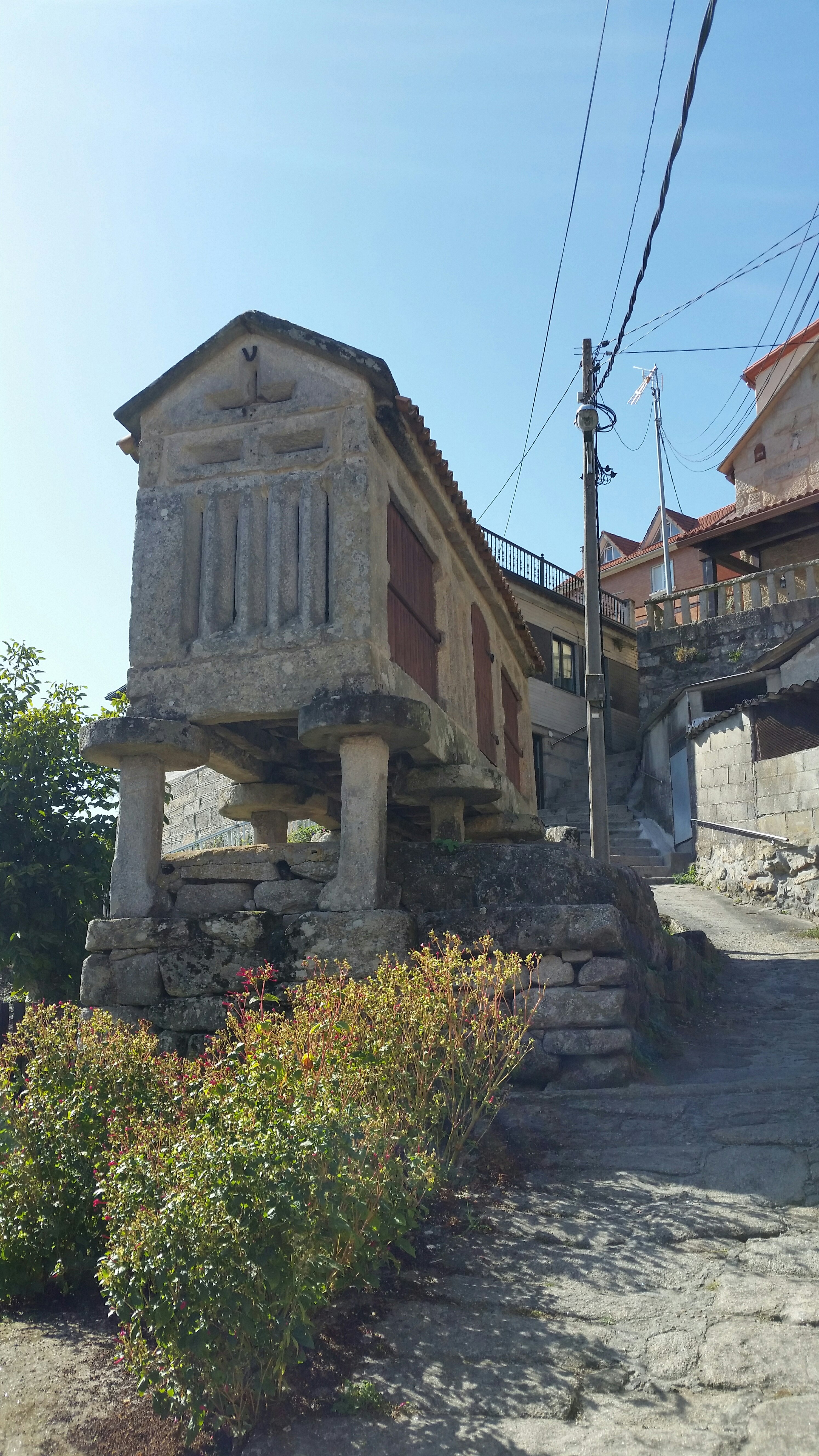 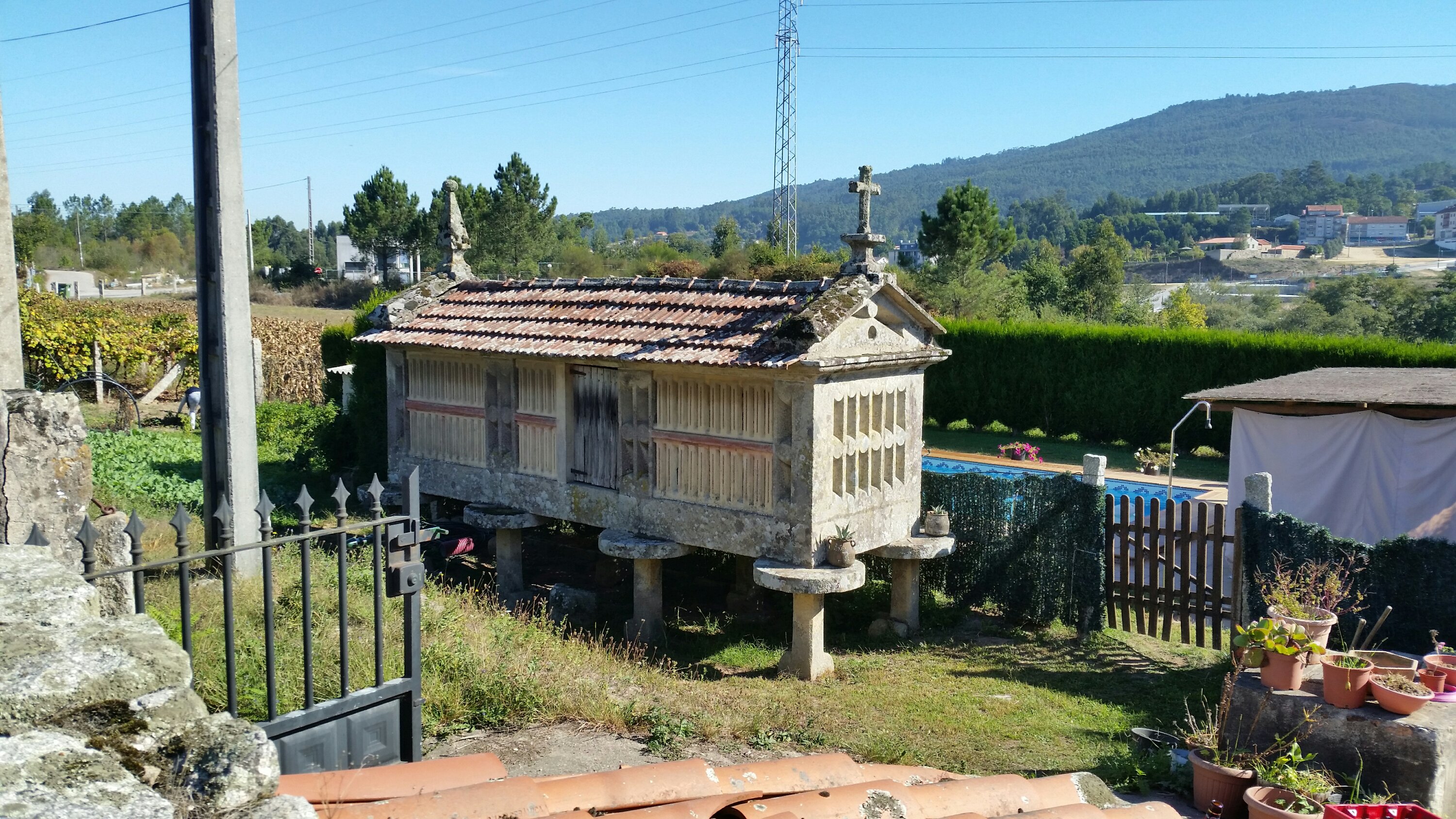 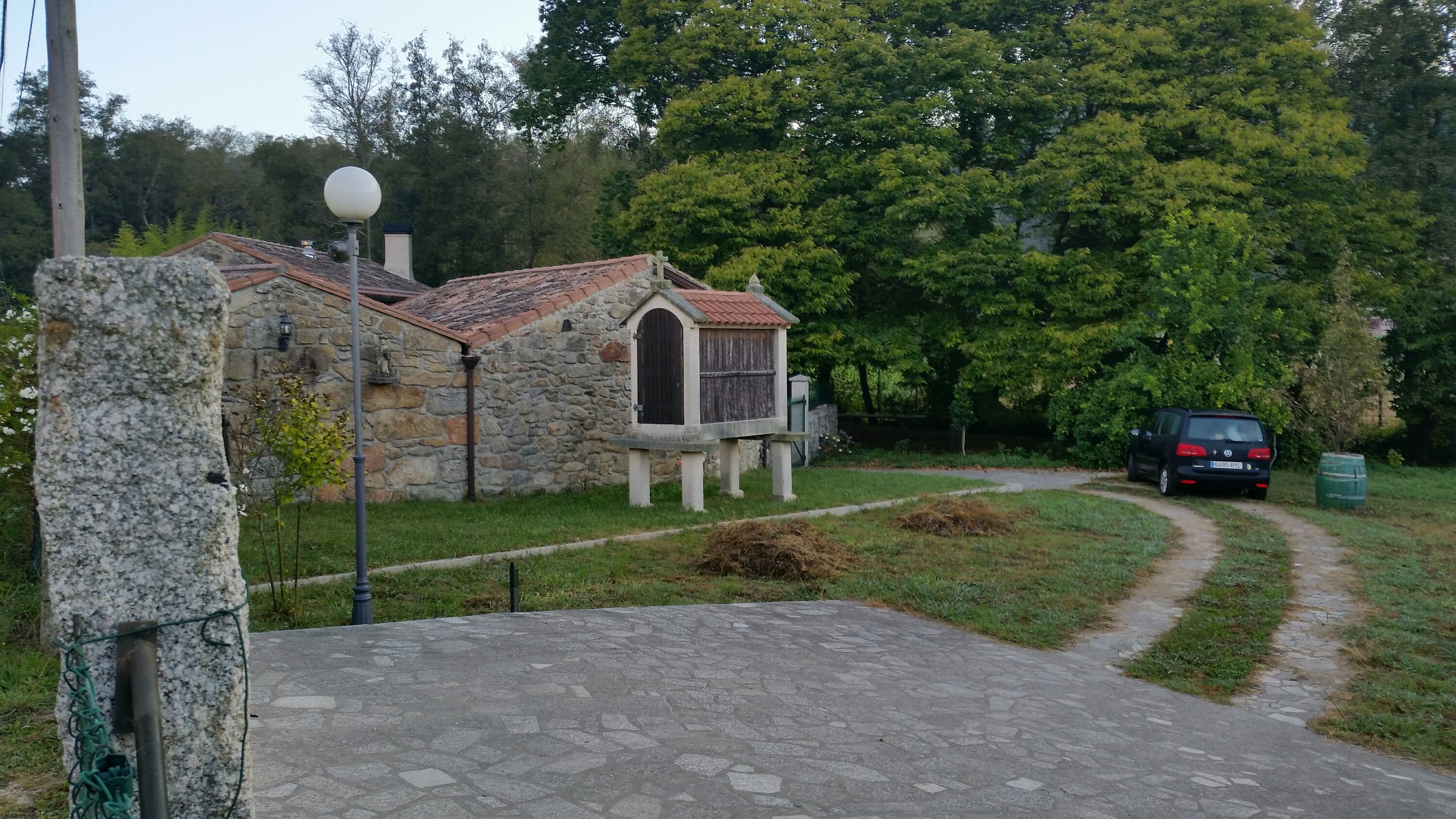 From Vigo it is just a few more km to the end of Ria de Vigo, then there is a cross country trek to Pontevedra which is at the end of the next fjord to the north, Ria de Pontevedra. Another day of walking and I was at Caldas de Reis, Saturday at A Picaraña, and Sunday I had to stop at about noon in Santiago. After a couple of days of rain I gave up on the rest of the walk to A Coruña and took the train to Pamplona instead. I’ll spend a few more days in this part of the country, then head south. 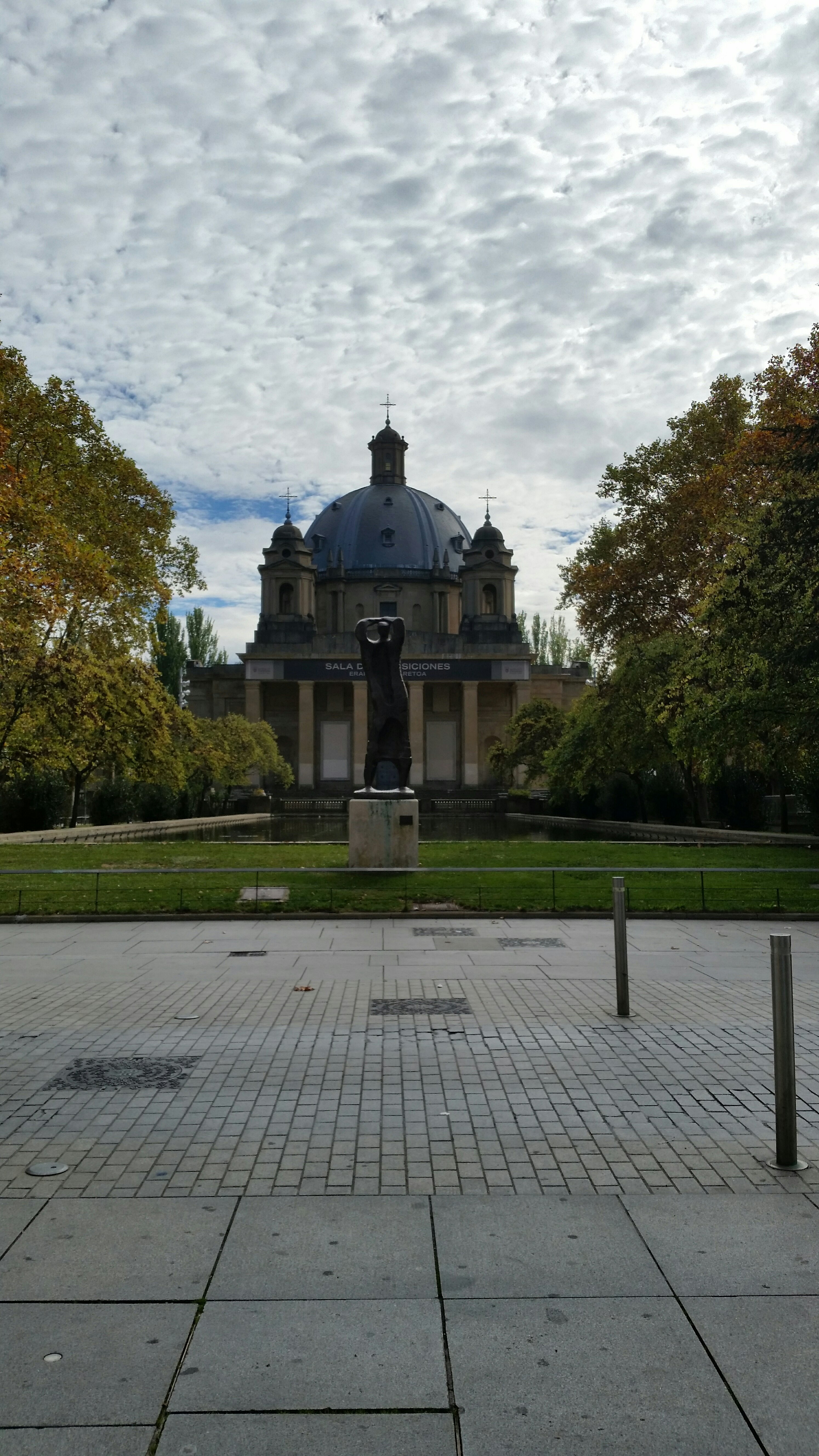 Porto is best known for port. Port is made from about 30 unique varieties of grapes grown in the Douro River Valley which runs west from Spain, across Portugal to the Atlantic Ocean. The grapes are crushed, fermented, and barreled in the Douro River Valley, then after being fortified with brandy and aged for a few months, it is transported to Gaia at the mouth of the Douro River and aged in caves for 10 or 20 years. Gaia, on the south side of the Douro River, is dominated by wineries – Sandeman, Croft, Taylor’s. Porto is on the north bank on hills that rise steeply from the river. From the river it looks more colonial than Mediterranean, the building’s tile facades and tin roofs more reminiscent of Kuching or Jakarta than Malaga or Genoa. But as you make your way uphill into the old city it is more obviously European with cobblestone streets, tile roofs, many cafes.

I can’t think of any fine Portugues restaurants at home, so it is a bit surprising that the food is exceptional. There is a lot of fresh fish and very good wine, of course, but also unique flavors that must have been introduced from the Portuguese colonies in Africa and Asia. Even very inexpensive restaurants make outstanding frango asado, a spicy grilled chicken that comes with potatoes, rice, vegetables, and a glass of wine for about $3. Bakeries are also plentiful, most seeming to specialize in natas, custard similar to natillas in Spain but in a tart.

Like most places in the world the people are very friendly and helpful. Fewer speak English than in most other European countries, but they seem to understand my Portugues-Spanish-Italian-English gibberish, and I occasionally understand them.

I’ve had a very nice couple of days in Porto. Tomorrow I will start walking north along the coast. It has been foggy and cool so it should be nice walking weather. My map is here.