Oaxaca is wonderful. Locals and visitors stroll the pedestrian only streets near the Zócalo in the evenings, watching street performers, looking at artisanal goods in street stalls, and eating in the cafes and restaurants. There is live music every night in the Zócalo near the cathedral. 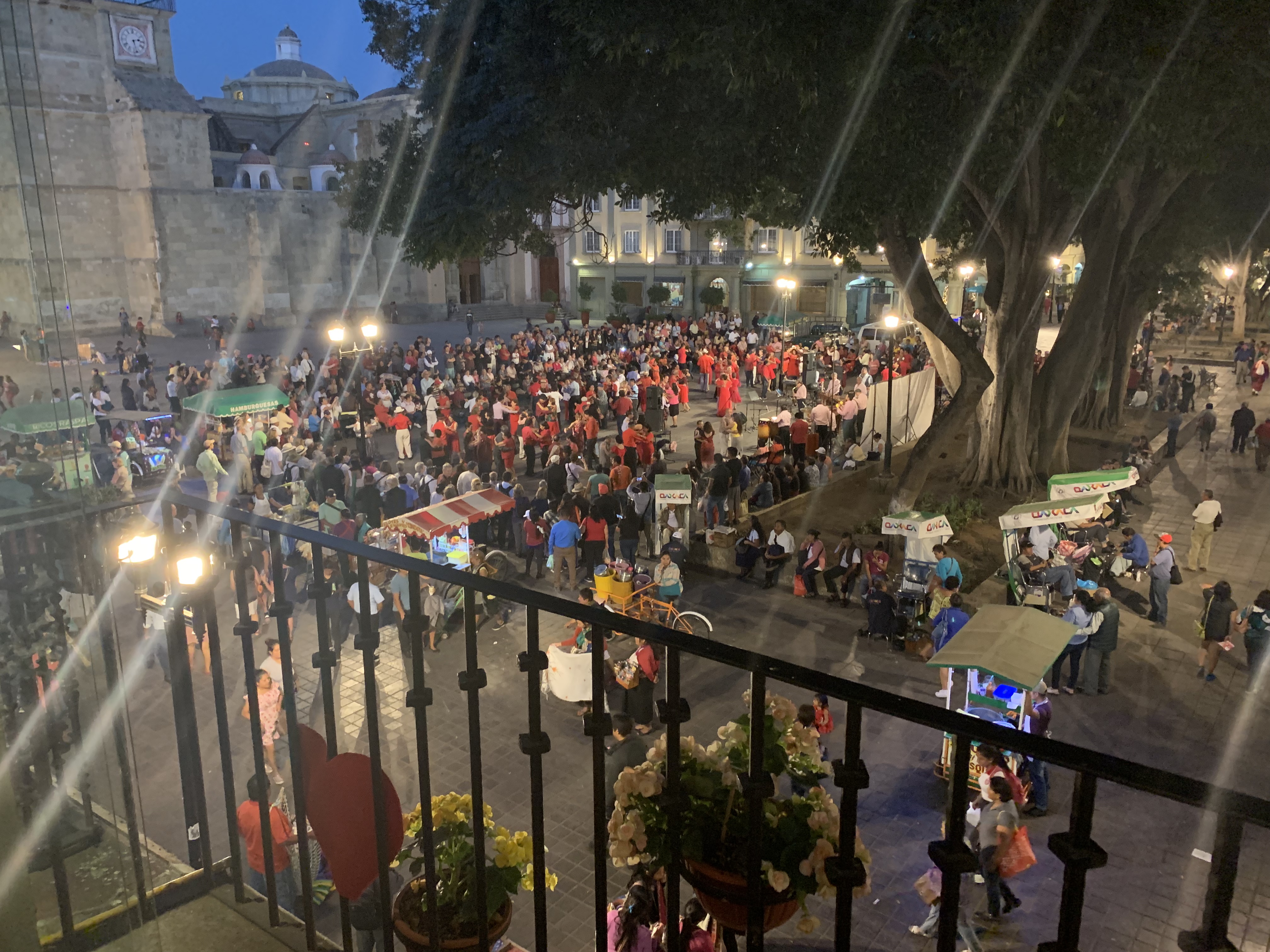 Music and Dancing in the Zócalo

I’ve added a map of my travels in México here.

I flew into México City on Friday evening, 8 February 2019, and have had a wonderful weekend in the city.

My hotel was in the ‘Electrical Equipment’ neighborhood – many small shops specializing in a particular electrical category such as switches, cables, conduits, or high voltage transformers. I love cities that have specialty neighborhoods like this. I spent the weekend walking and only covered a fraction of the city – it is huge in terms of both population and geography. There is so much here to see – Mayan ruins, colonial architecture, beautiful parks, and so much more.

My favorite place was Triana Cafe Gourmet in the Mercado San Juan. The owner, Pablo, makes one of the best espressos I’ve ever had, rememberers you and introduces you to everyone at the counter after your first visit, and does a little dance every time he grinds coffee.

I’m leaving in the morning for Oaxaca, but look forward to returning to México City in the future.

I departed Marina El Cid in Mazatlán on the morning of Sunday 20 January 2019 headed towards Bahía Banderas. Sunday was a beautiful day of sailing with light winds, calm seas, and warm sunshine. That evening as the sun set in the west the full moon rose in the east, and a phenomenal show began. As I sailed along the full moon lit up the sea, reflecting off the calm waters. Then the earth began to eclipse the moon. At full eclipse the orange moon looked close enough to reach out and touch, and in the darkness the stars became bright and began to twinkle, flashing in the sky. Shooting stars blazed across the heavens. I listened to Louis Armstrong and Ella Fitzgerald as I watched the show, then as the eclipse came to an end the wind died and I fell asleep.

And that was the last of the wind until early Tuesday morning. I drifted generally south, sometimes catching a whisper of a breeze. When the breeze picked up for a few hours Tuesday morning I was able to sail to the harbor entrance at San Blas, then I motored up the river when the wind died again and docked at Marina San Blas for 3 days.

After enjoying village life in San Blas and meeting an interesting group of sailors, I left on Friday 25 January for a short sail to Bahía Chacala, arriving there late in the afternoon. I anchored in the bay and not wanting to inflate my kayak I decided to swim to shore for dinner. Things look closer from a boat than they actually are. I know this, but I was still surprised at how far from shore I actually was. It was a long swim, and the swim back to the boat with a full stomach and darkness closing in was even longer. In the morning I still didn’t feel like inflating the kayak so I swam in again for breakfast.

Bahía Chacala is beautiful with volcanic cliffs covered in jungle dropping to the sea and palm tree lined beaches. Unfortunately the anchorage can get uncomfortable in certain conditions, and that started to happen Saturday night. So Sunday morning I hauled up the anchor and sailed to Bahía Banderas, arriving late in the afternoon at Marina Riviera Nayarit in La Cruz de Huanacaxtle. It was a beautiful day and a wonderful sail to finish my journey south. When the winds change I will be sailing north.