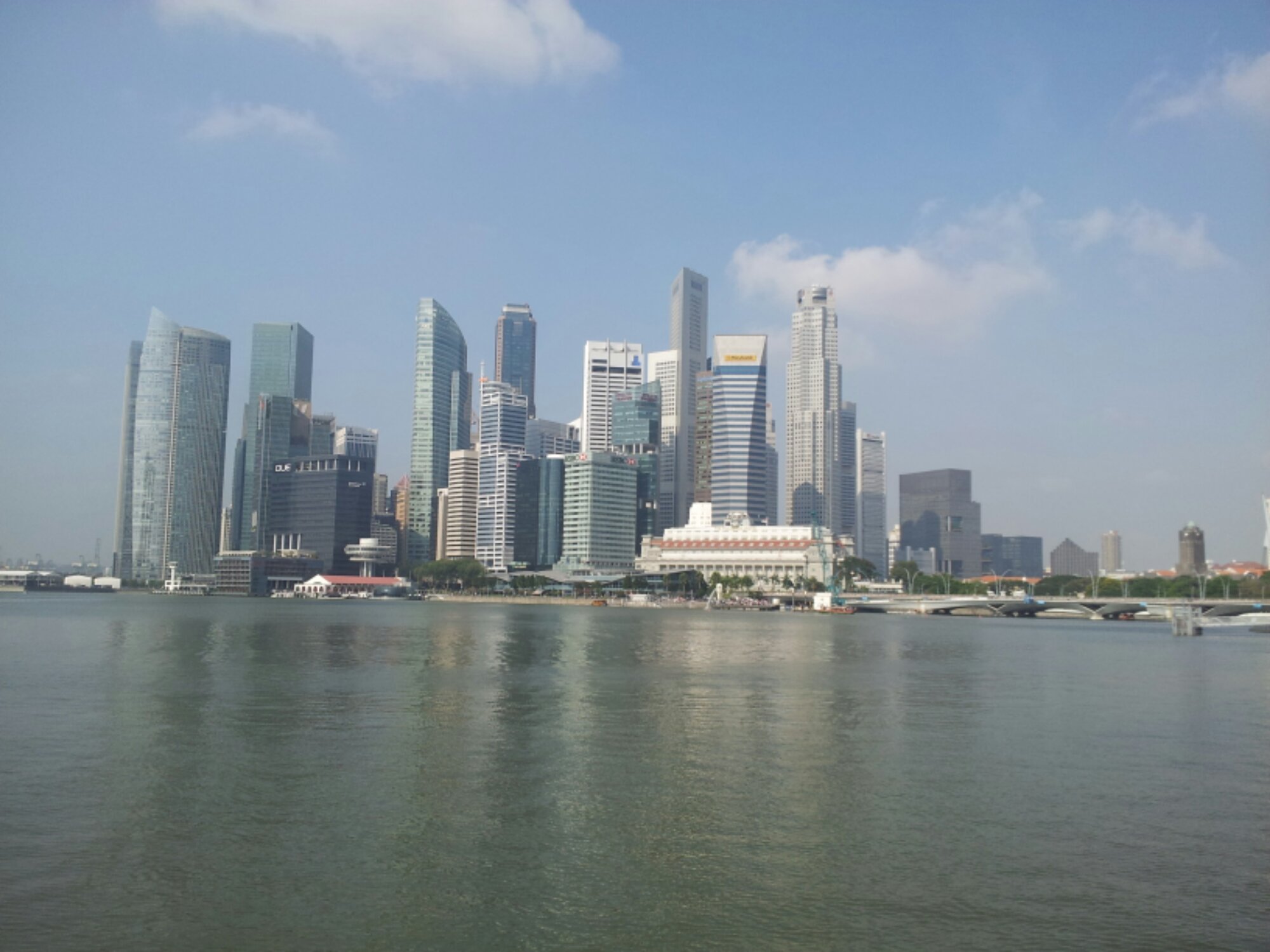 Singapore couldn’t be more different from the Philippines. With the exception of the weather they have little in common. Singapore is the second most densely populated country in the world (#1? Monaco) but is so well planned that it doesn’t feel crowded. It is the most expensive city in the world. It is known for its safety and cleanliness. There isn’t any graffiti or litter. There aren’t any homeless people. And it’s known for its shopping malls. For every Prada or Armani store on Fifth Ave. there are 10 on Orchard Rd. 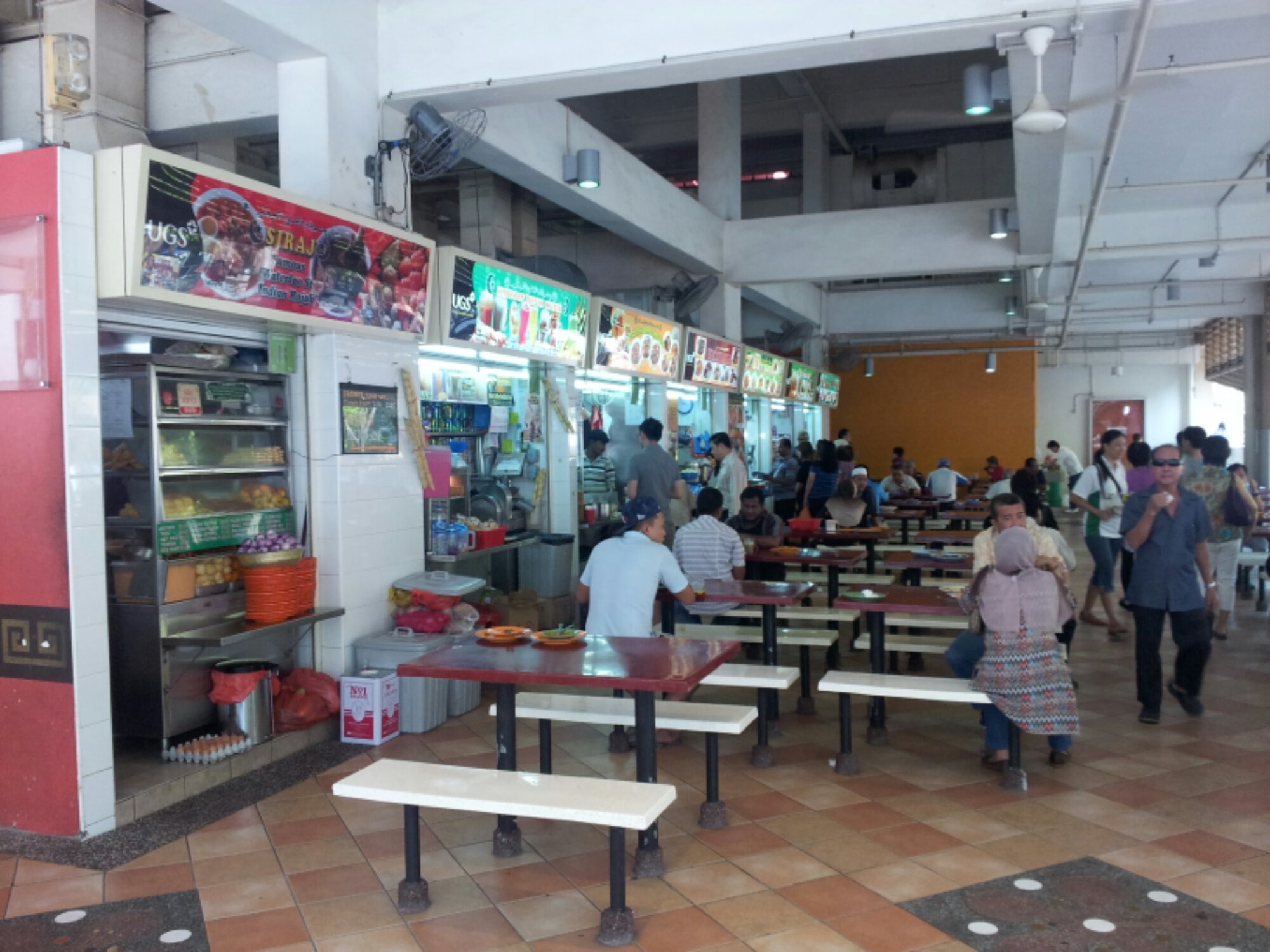 But Singapore may be best known for its food. It has everything from hawker centers, some with hundreds of food stalls, to gourmet malls with restaurants by top chefs from around the world. My favorite local dishes so far are rojak (a very distinctive vegetable and fruit salad) and laksa (rice noodles with vegetables and shredded chicken in a spicy broth). 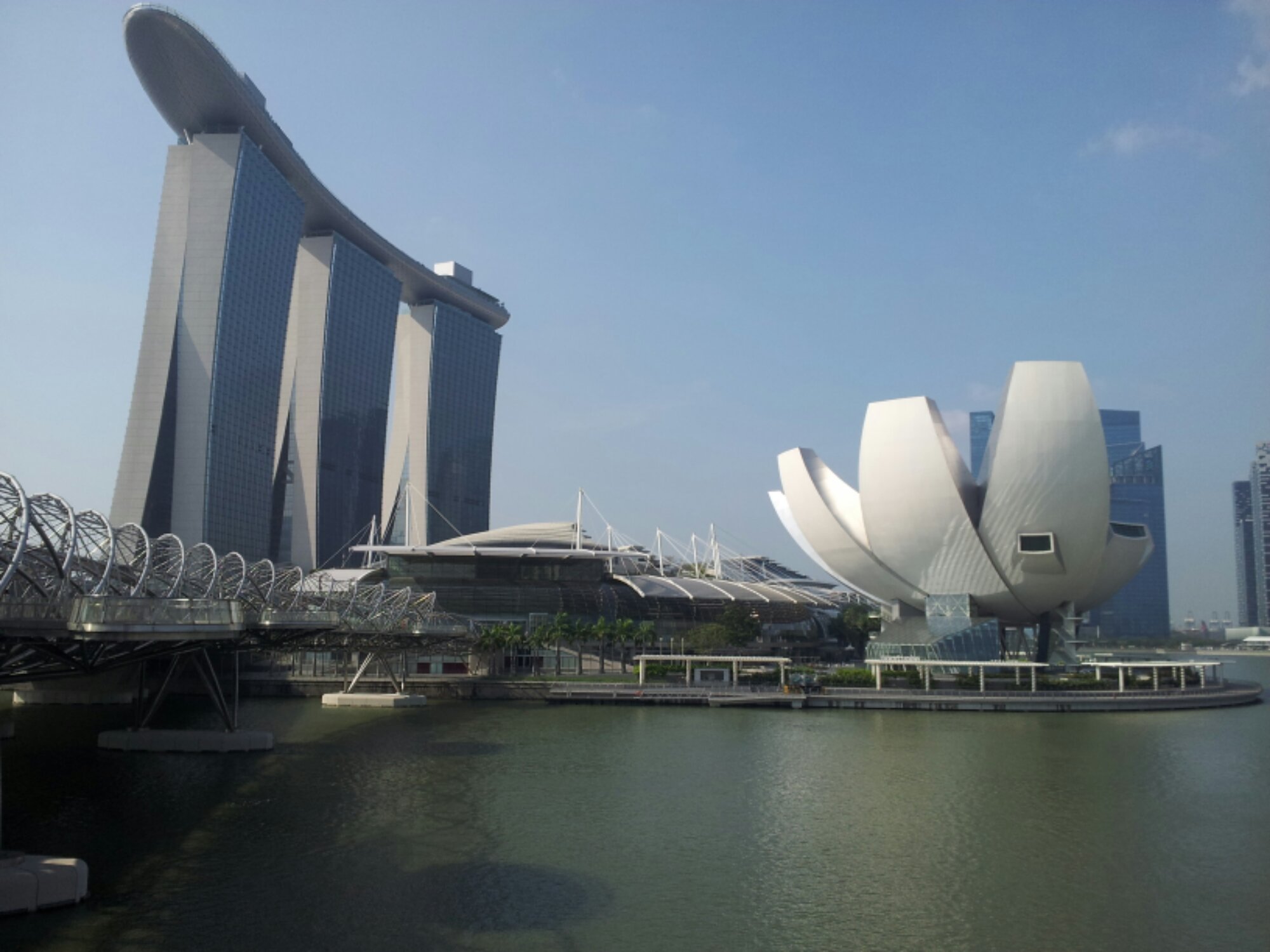 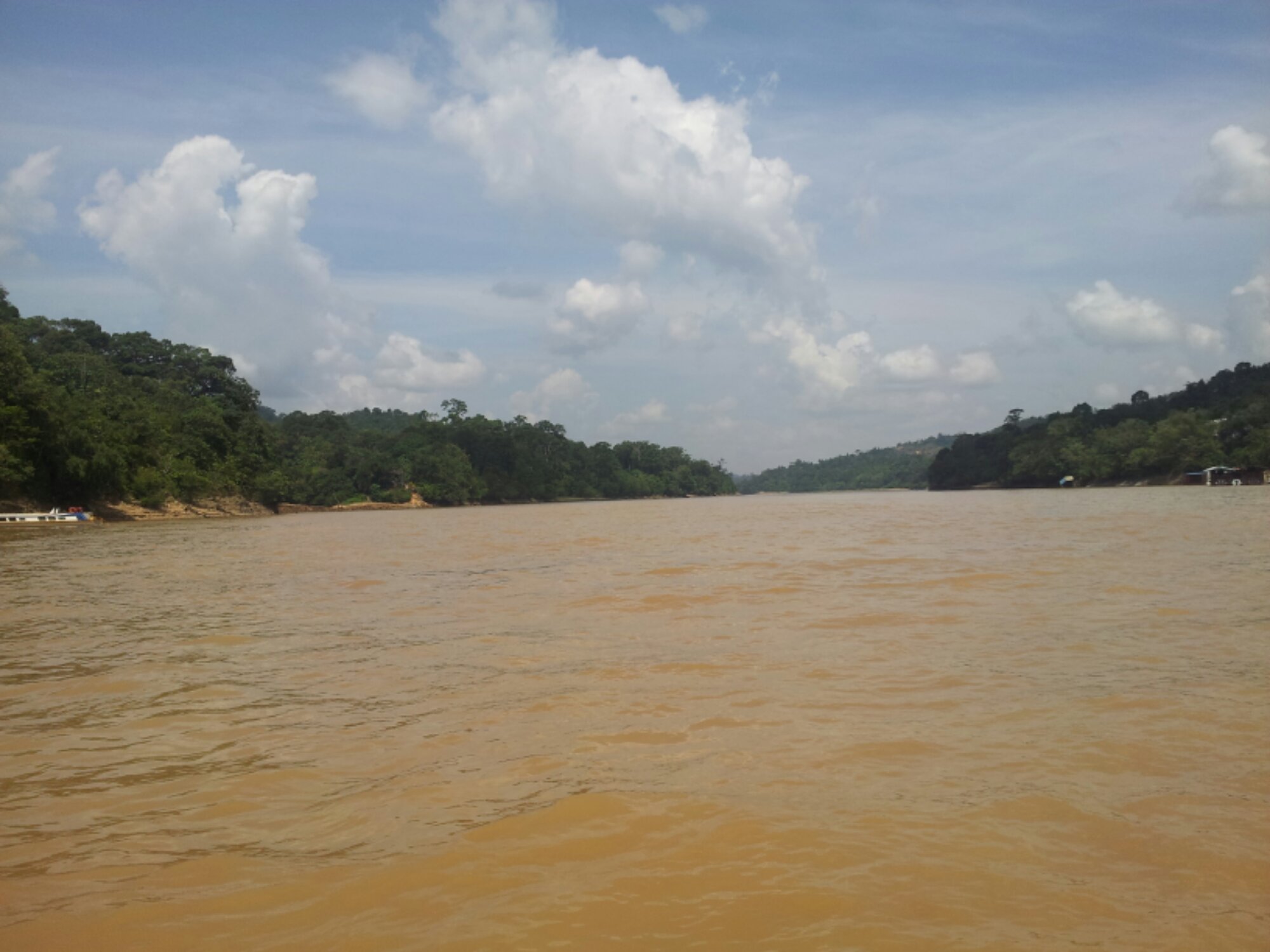 Three days ago I was in Kapit, a frontier town as far into the interior of Borneo as a foreigner can go without a permit. Just a generation or two ago the inhabitants of this region were pirates and headhunters. I was walking down the street early in the evening and there was a family walking in front of me – parents and two daughters, maybe 12 and 14. The younger daughter looks back, sees me, gets a look of terror on her face, gives a little scream, and runs and hides behind her mother, proving that all things are relative to one’s frame of reference.

I arrived in Kuching, the largest city on Borneo, on Wednesday. It seemed pretty exotic, with a city center that looks like it hasn’t changed much since the days of the White Rajahs. There is a tourist infrastructure and you see a decent number of tourists around town. 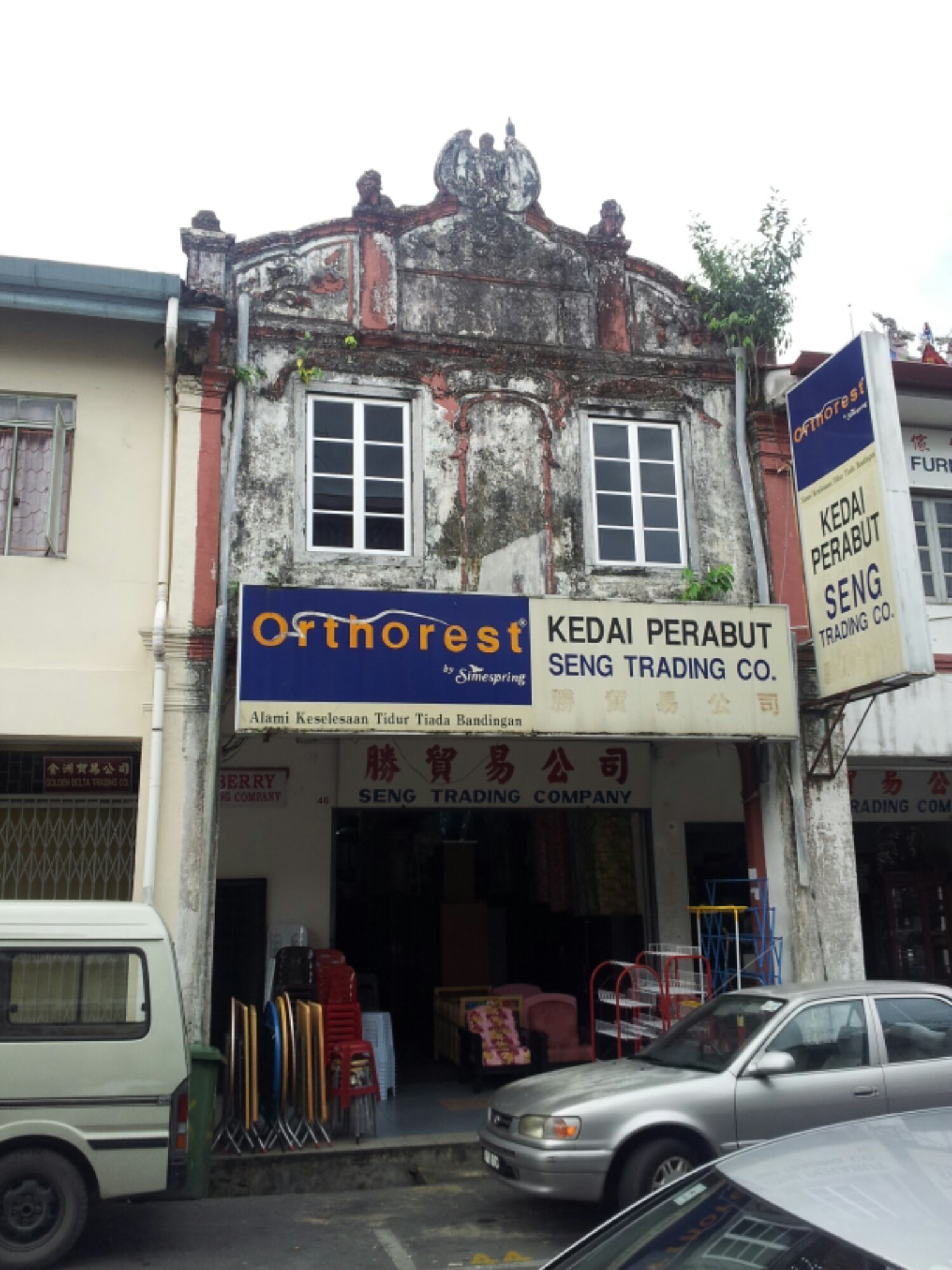 On Thursday I took an express boat to Sibu, and I didn’t see another tourist until I got back to Kuching a few days later. Things go from exotic to primitive pretty quickly once you get away from the coast in Borneo. The trip to Sibu takes 5 hours to travel 200 miles through the South China Sea then up various rivers. The Batang Rajang is several miles wide at its mouth and maybe a mile wide at Sibu. The flow is tremendous – the water is brown for several mile out to sea at it’s mouth. 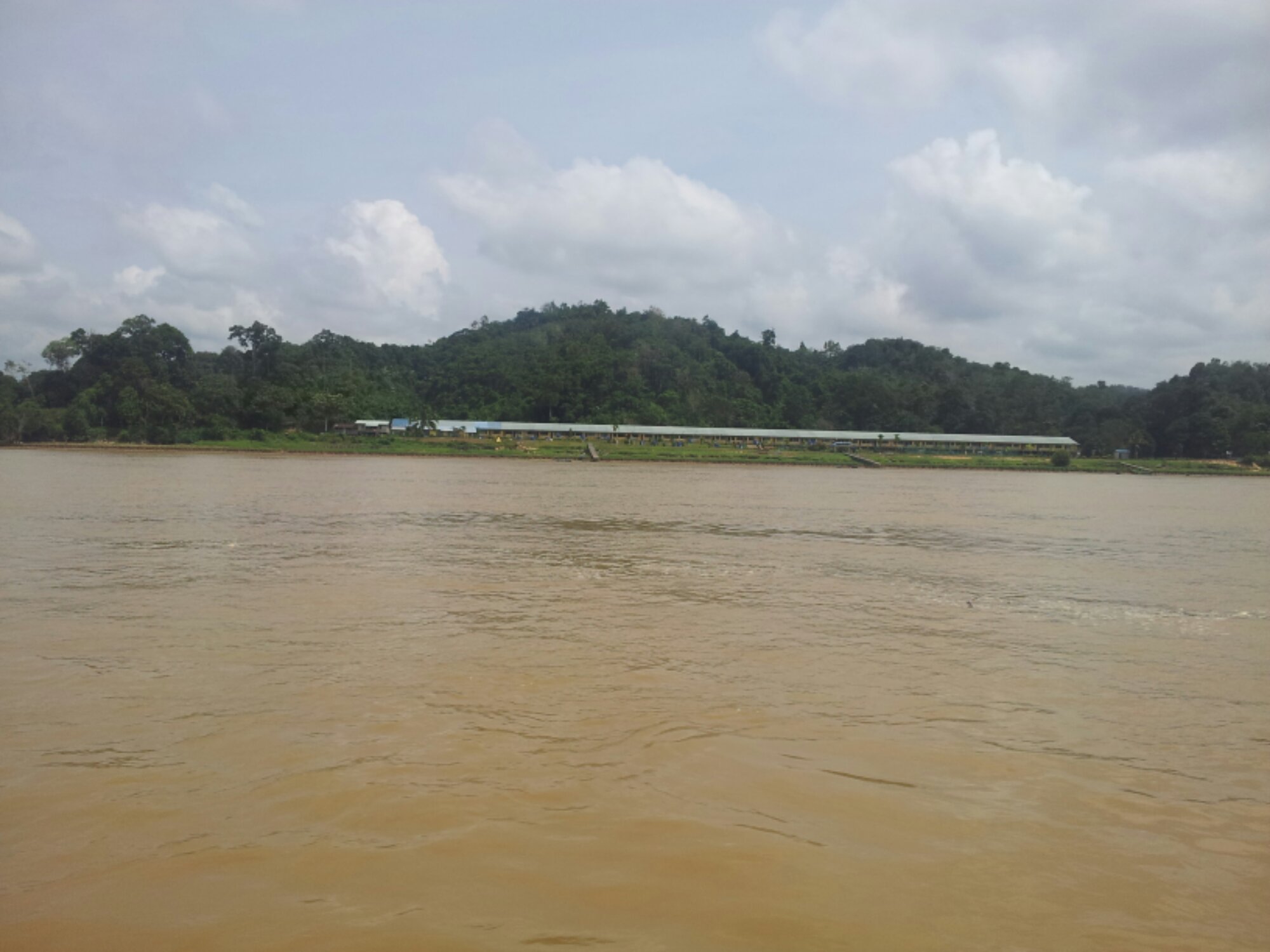 Mostly there is just jungle down to the riverbank, but every few miles there is a long building that looks like a motel or strip mall. These are the modern versions of the long houses that the Iban live in. 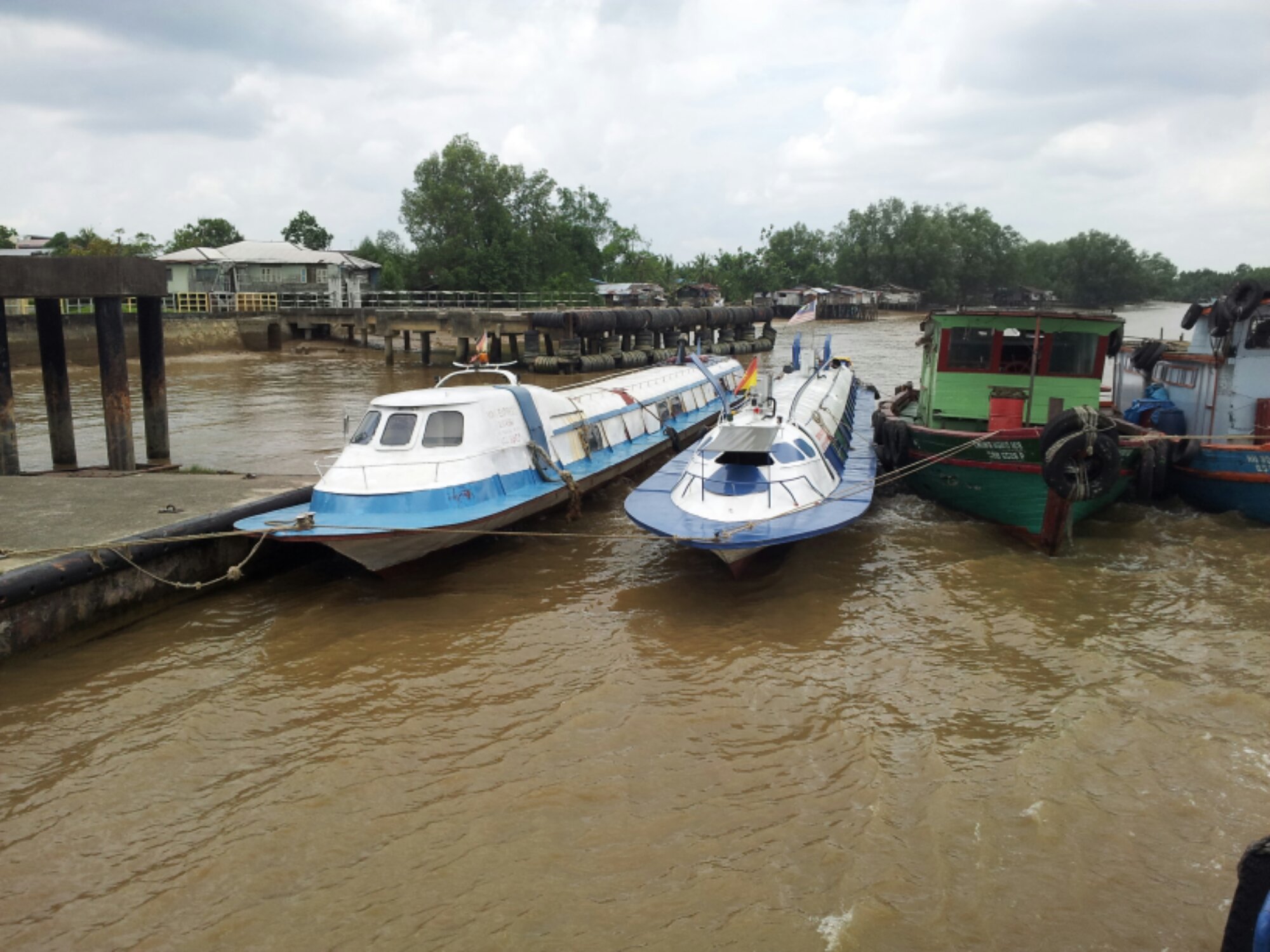 I stayed overnight in Sibu and in the morning took a ‘Flying Coffin’ (so named because of their shape and speed, not their safety record) upriver 80 miles to Kapit.
Kapit is literally off the map – Google Maps shows it miles from its actual location. The only way into Kapit is by boat or helicopter. Once you reach the edge of town the only way to go further is to cut a path through the jungle.

The only problem I’ve had on this trip was when I went to leave Kapit there were no seats available on any of the Flying Coffins that day. After I pleaded and told them I had to leave that day they let me on one of the boats, but I had to ride on the roof with the luggage. It’s good I took this trip now – next year I may be too old for this sort of thing. 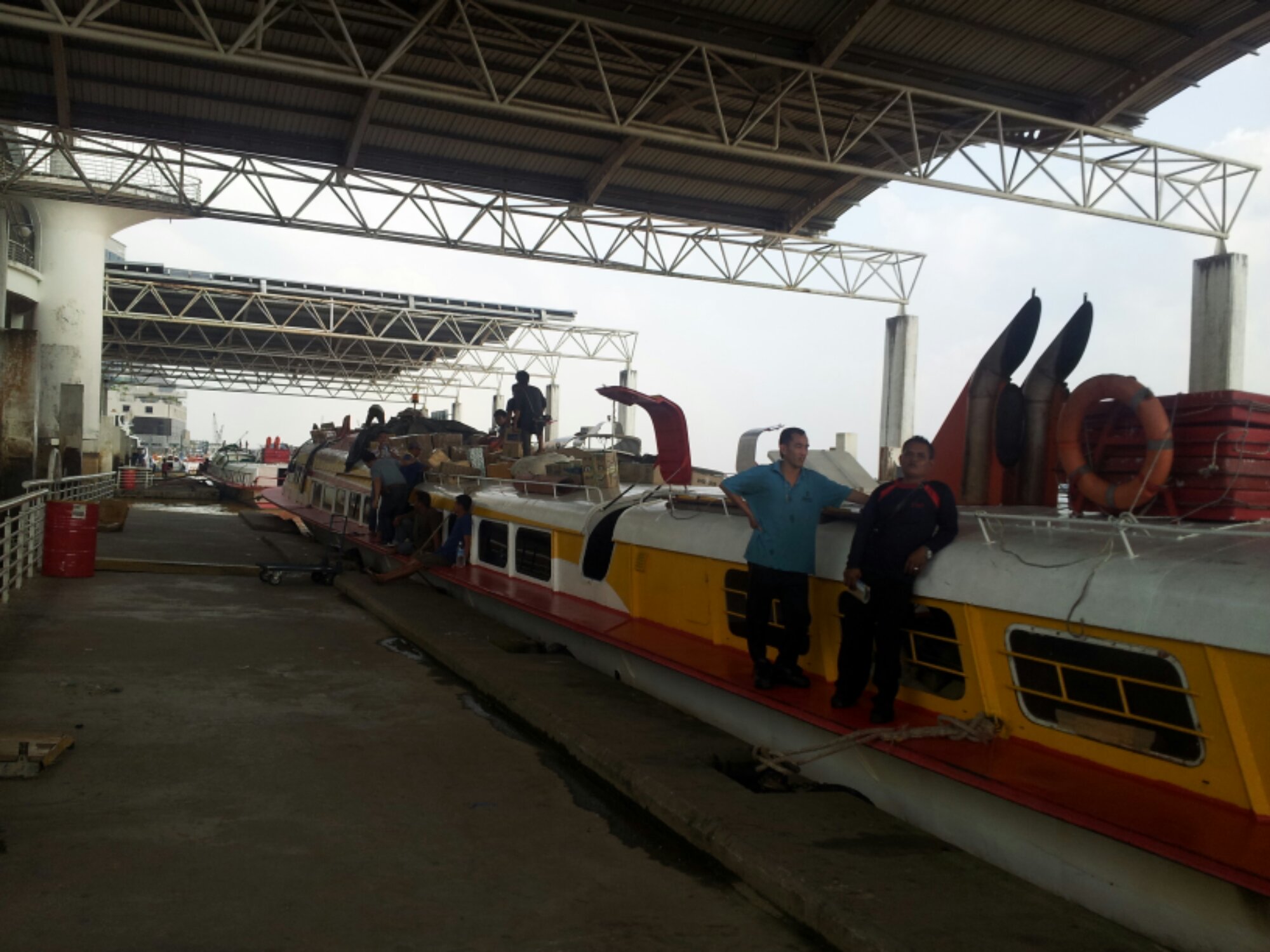 Last week I went to Tacloban and it was quite an experience. A van was recommended for the trip because they are safe and comfortable. I went to the bus station and selected a van company whos drivers wore shirts that said “Our passenger’s safety is our top priority.” Someone apparently forgot to include the word ‘not’, because it was a hair raising trip.

The damage from the typhoon is unbelievable. Where the eye of the storm passed through – a path across the island about 2 miles wide – everything is sheared off about 10 feet above the ground – trees, power poles, steel roofs, and even reinforced concrete buildings. In the areas of Tacloban hit by the storm surge the ground was pretty much scraped clean – there are just piles of debris left by the receding water.

But what is really amazing is how vibrant everything is so soon after the devastation. The people here are very resilient and have taken the initiative to rebuild on their own. There is an appalling amount of poverty and much of the population lives in wretched slums. But when you walk through the slums every home has some sort of business – weaving mats, sewing, repair shops, machining. It’s a little frightening to see how dynamic things are here in contrast to what one sees in the US. We’re much better off, but for how much longer?

The transportation system here is interesting. There is no public transportation – everything is privately owned and operated. The cheapest transportation is by trishaw (pedicab) and motorized rickshaw (motorcycle with sidecar). For just a few cents these will take you short distances. There are thousands of these on the streets, so one is almost always available. Hence you don’t see many pedestrians. 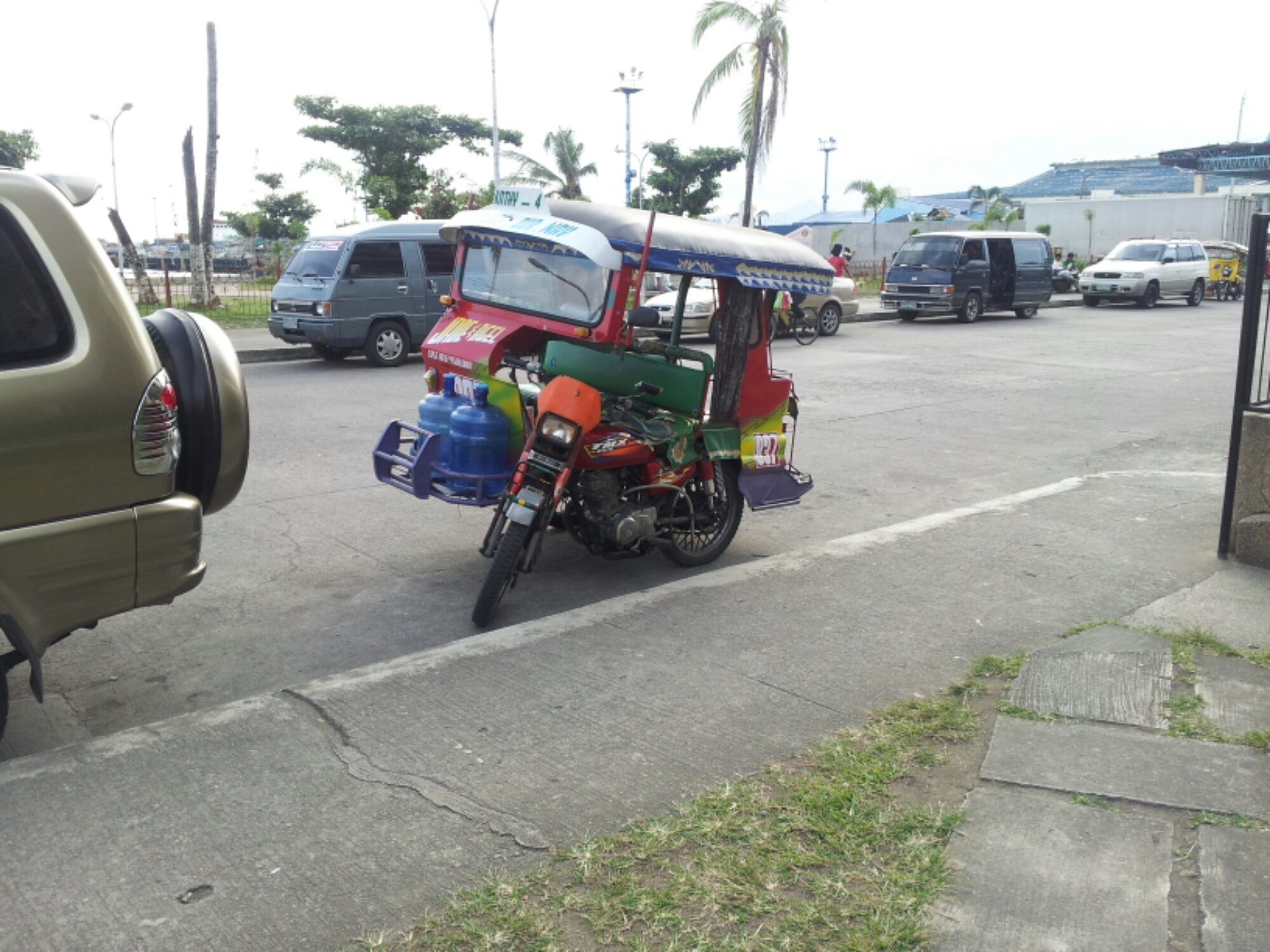 Jeepneys are similar to city buses. They are lengthened WW II Jeeps or modified vans that travel a specific route. They also cost just a few cents. 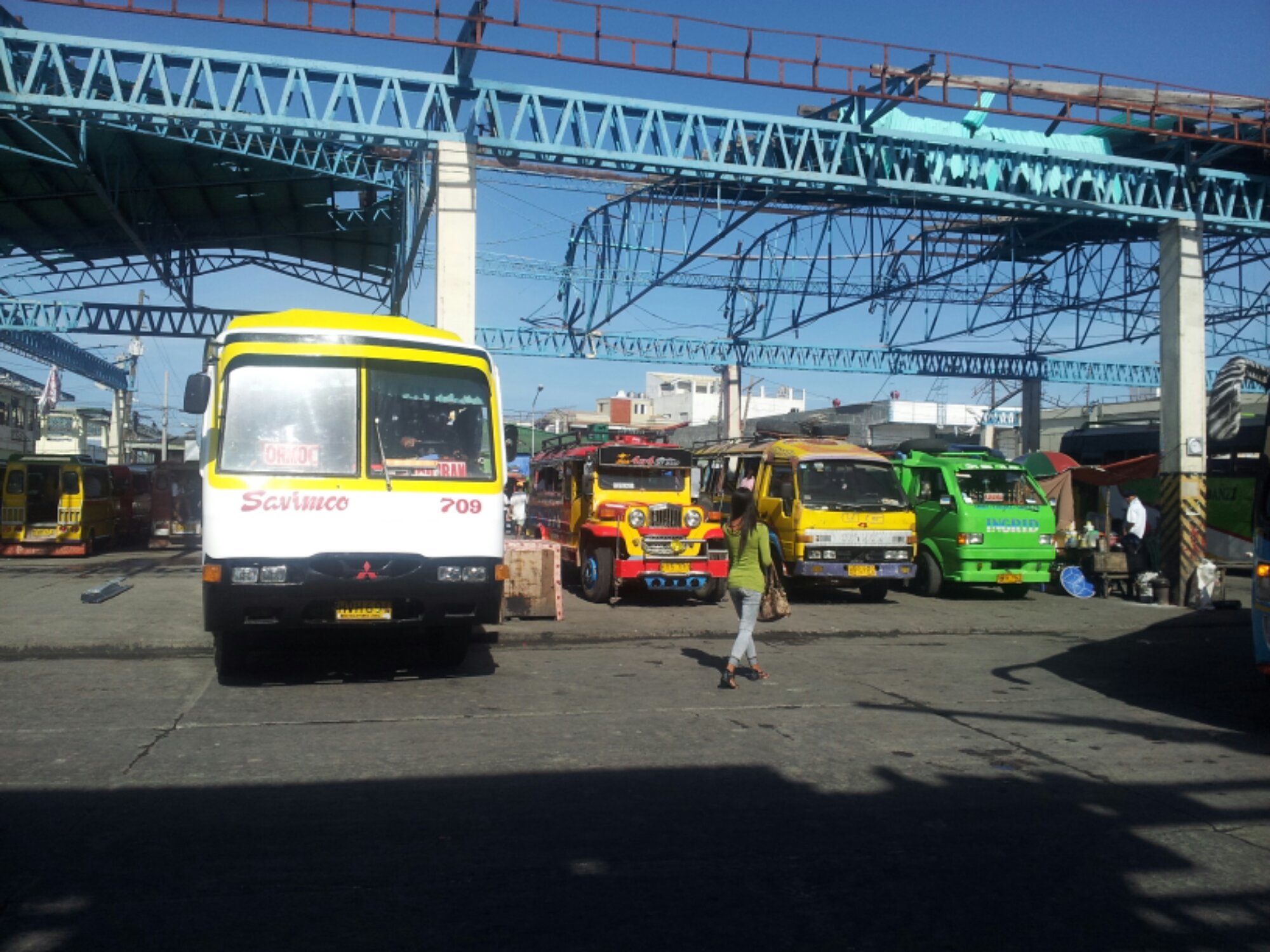 There are also thousands of taxis. For $2 you can take a taxi almost anywhere within a small city. Because labor is so cheap, when you rent a car here it includes a driver. This is a good thing because the traffic is terrible and driving is completely different than in the US.

Because there are so many islands there are also many ferries and boat taxis. 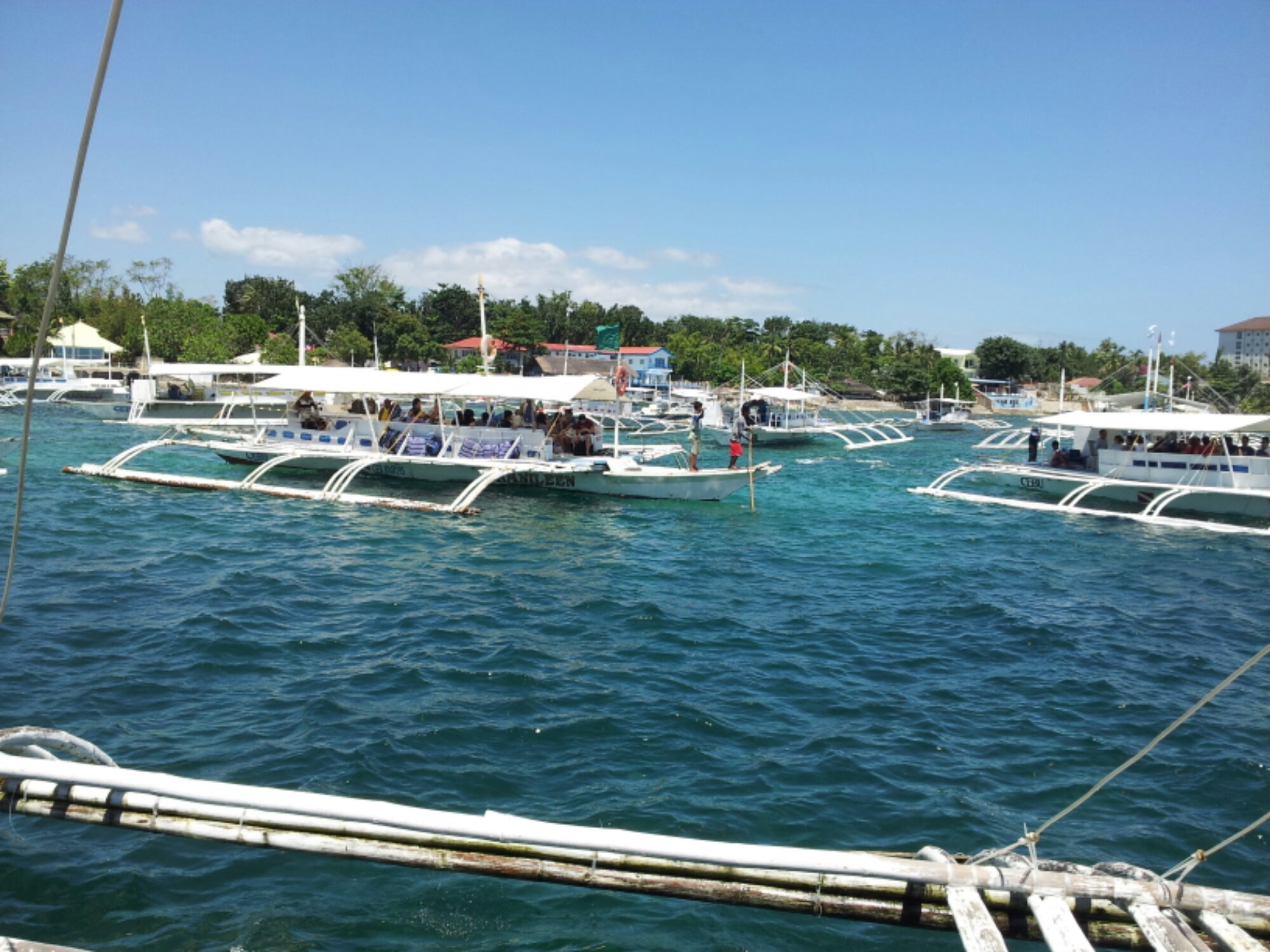 A ferry to a nearby island costs a few cents. Oddly, there is a port tax of about 2 cents that you pay separately from the ticket – I doubt if it even covers the salary for the person collecting ths tax.

I’ve never thought of the Philippines as tropical Pacific islands, but they are. 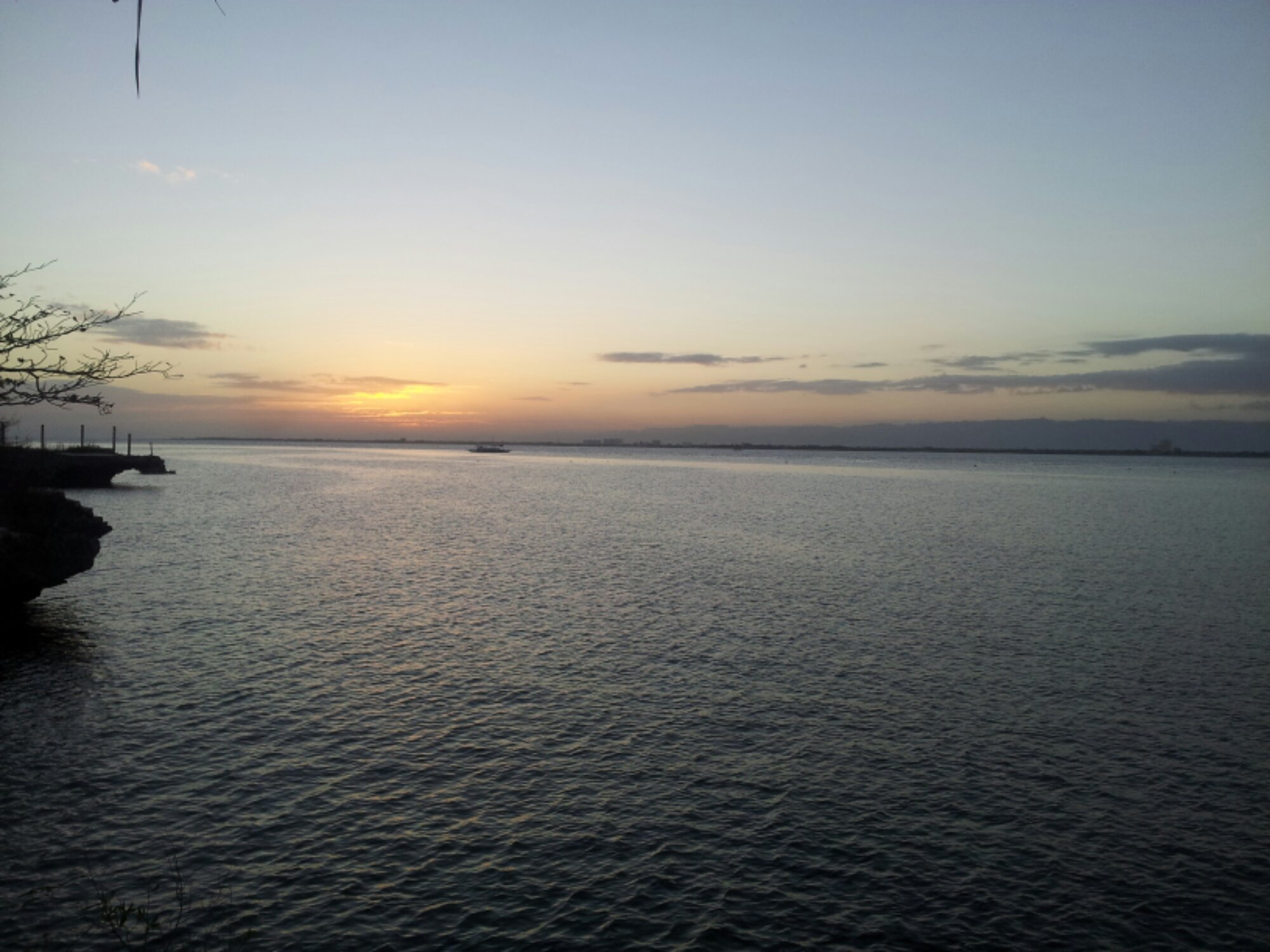 There are beautiful white sand beaches, palm trees, turquoise water, and coral reefs full of tropical fish. However, the pollution is abysmal. I wouldn’t swim in the water within 5 miles of a populated area, and the population density is such that one is always within 5 miles of a village.

I arrived in Cebu Friday afternoon and spent yesterday looking around town. The weather is pleasant – mid 80s and not too humid – and the people are friendly. English seems to be the primary language – signs, local TV programs, most of the books in the bookstores are all in English.

This morning (Sunday) I took a boat to Ormoc and am staying at what is left of a beach front hotel. There is a lot of typhoon damage, everything from uprooted trees and missing roofs to leveled buildings. But life goes on. The port is busy, many businesses have reopened (although with some deficiencies), and the streets are buzzing with traffic.

Tomorrow I will go to the other side of the island and see how things are in Tacloban, then decide what I’ll do next.

Tomorrow morning I’ll take BART to the San Francisco Airport and 32 hours later I’ll arrive on the island of Cebu in the Philippines. The island of Leyte, which was hit hard by Typhoon Haiyan, is just 3 hours away from Cebu by boat. I plan to spend two nights in Cebu getting acclimated and figuring out the logistics of transportation and accommodation – there isn’t much information available on current conditions.

I’ll spend 11 days on the islands of Cebu, Leyte, and possibly Bohol, then fly to Kuching, Borneo. From there I will take a boat to the town of Sibu then on up the Batang Rajang into the interior of Borneo. After six days in Borneo seeing how James Brooke and Lord Jim lived, I’ll head to Singapore, then home on 15 March.

I’ve made a map for my trip that can be accessed by selecting “Borneo Map” from the header bar. Select the link “Map of my travels in the Philippines & Borneo” above the map to see the map full screen.

I’ll update the map and this web page whenever I have the opportunity and internet access.