I assembled my kayak and launched it into the Sacramento River at the Turtle Bay Park boat ramp just above the Sundial Bridge in Redding on Monday 22 June 2015. The weather was warm, the water was cold, and the current was brisk. Rapids are frequent in the stretch of river between Redding and Red Bluff, and even with a late start I covered most of the distance to Red Bluff (about 45 of the 55 miles) on my first day.
The first few miles the Sacramento River runs through Redding, Anderson, and Cottonwood, and there are houses lining the banks. There are a few jet boats and drift boats on the water along this stretch. Then, after Jellies Ferry, the river swings to the east and the houses and boats disappear.
Birds and wildlife are more abundant and diverse. 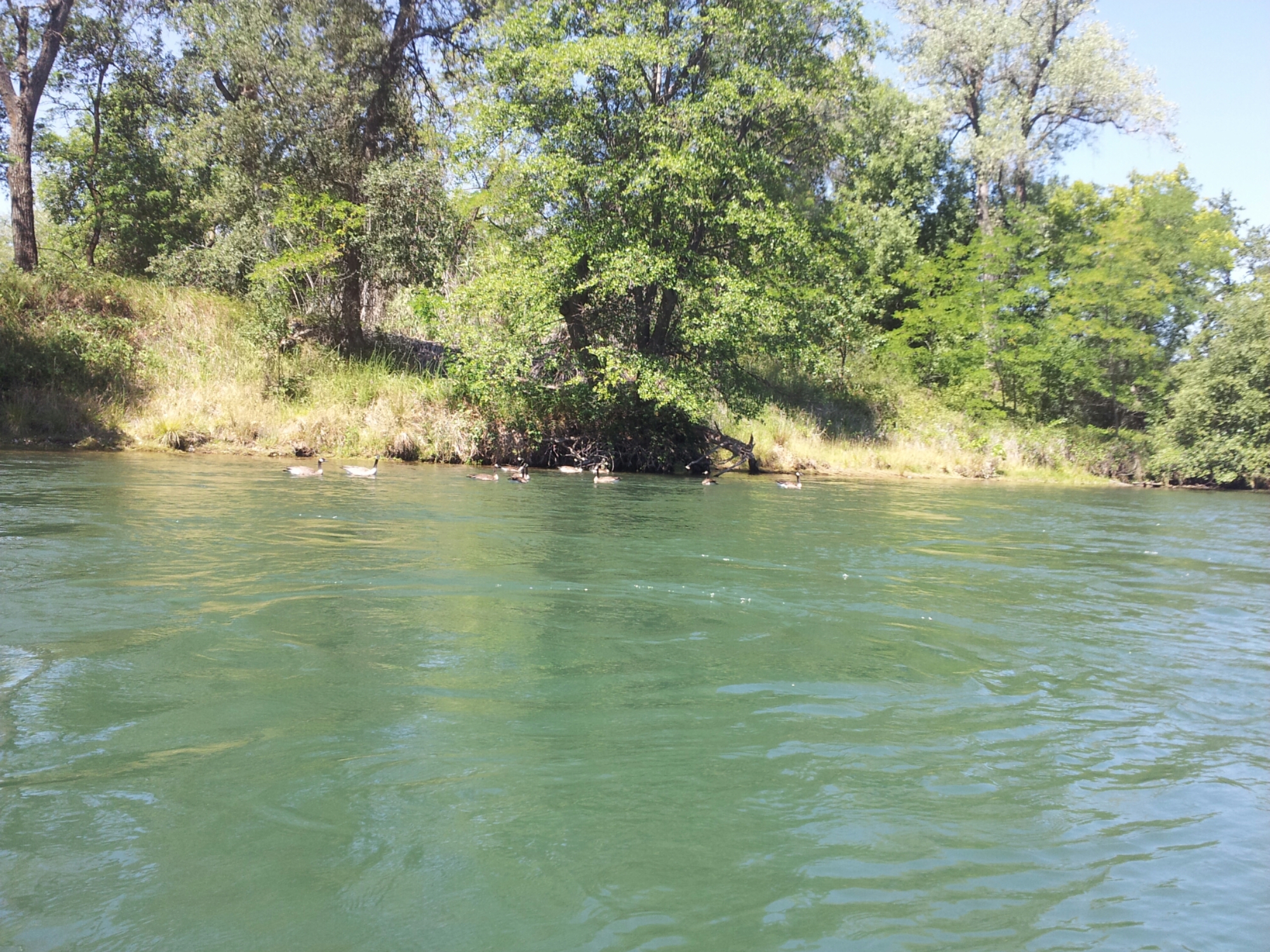 The terrain changes from river canyon to volcanic rock strewn moonscape to savannah to forest. Frequently there is a view of Mt. Lassen or Mt. Shasta as the river (which in general runs south) turns east, west, and even north at times. 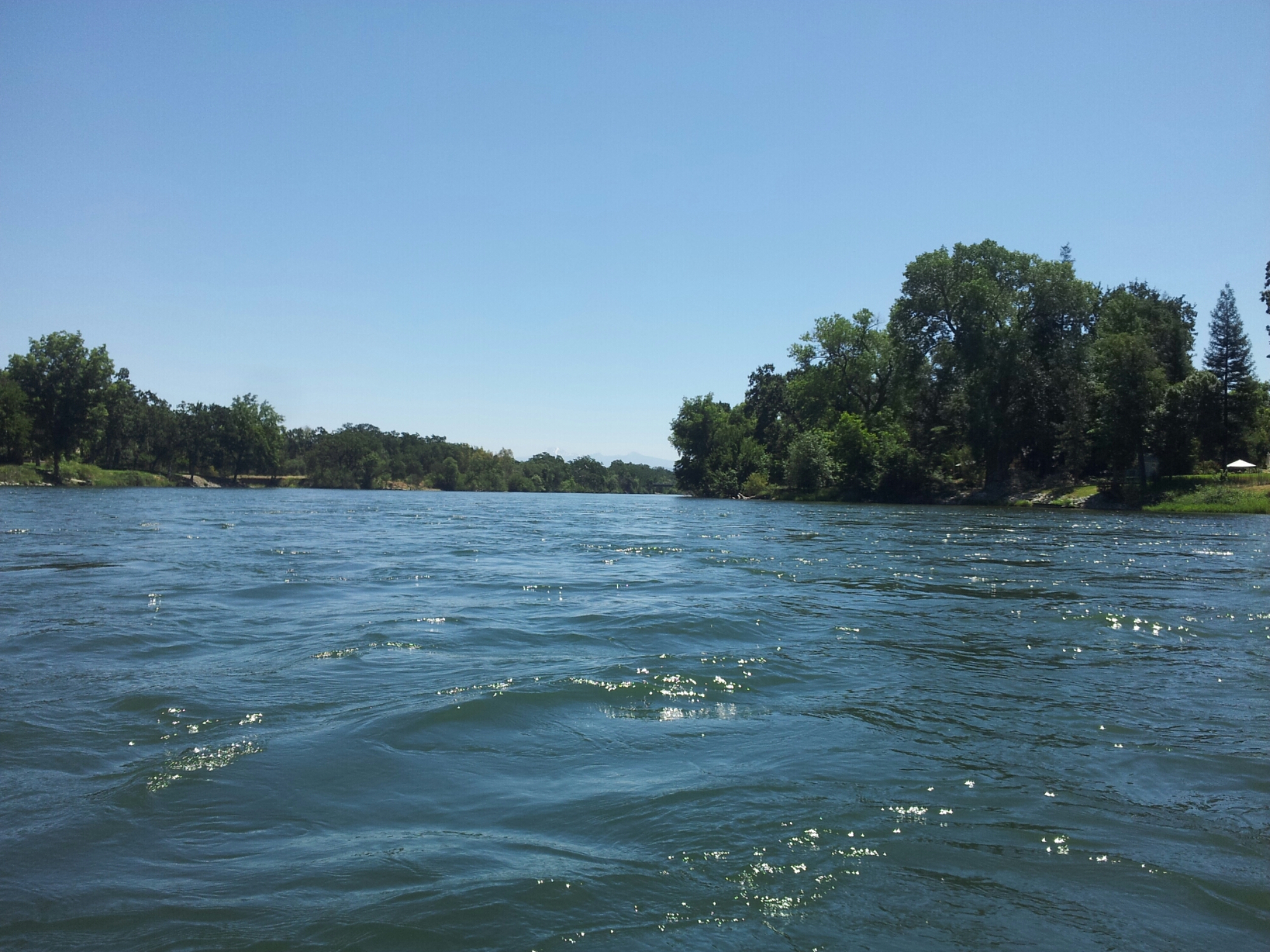 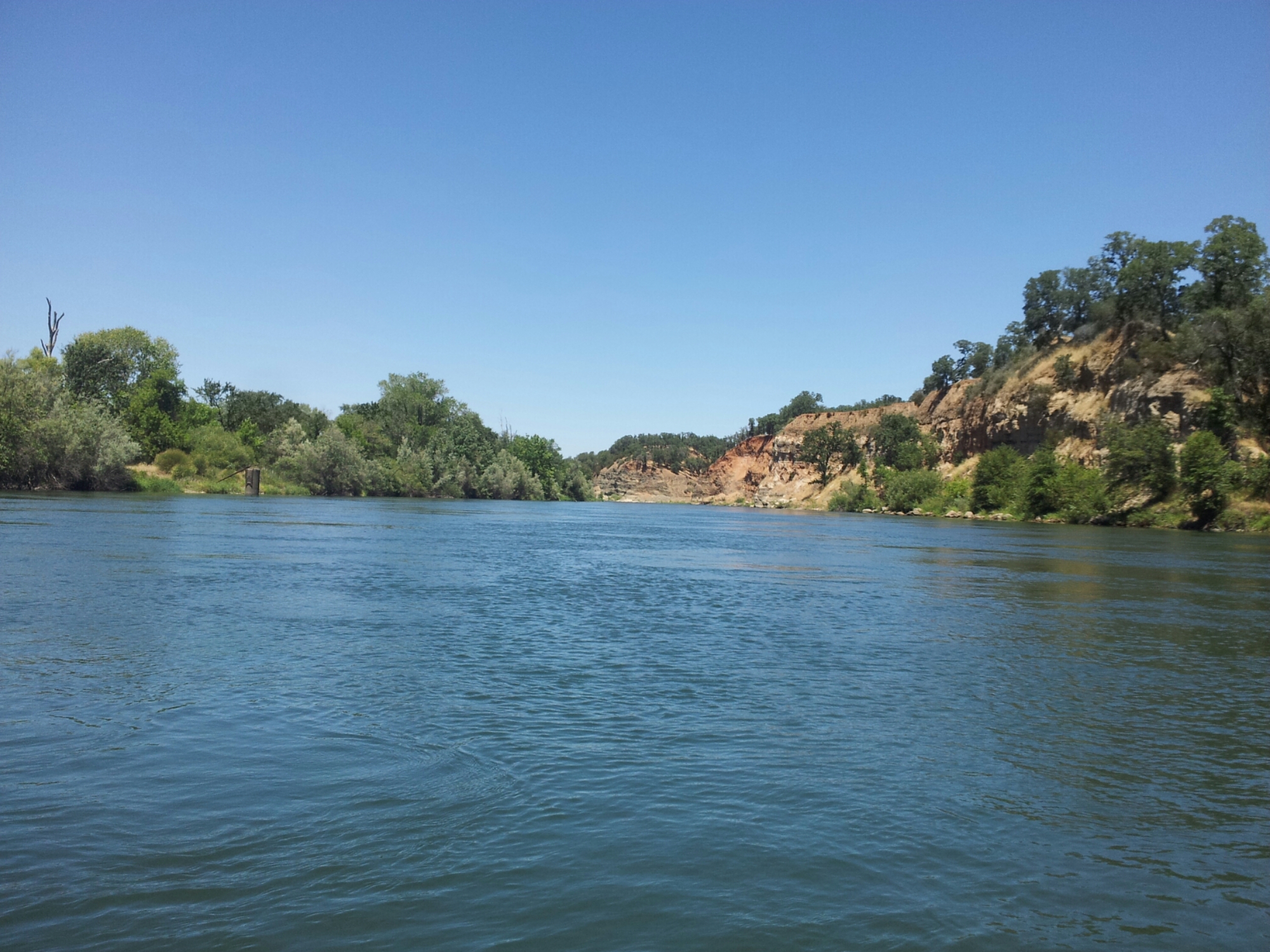 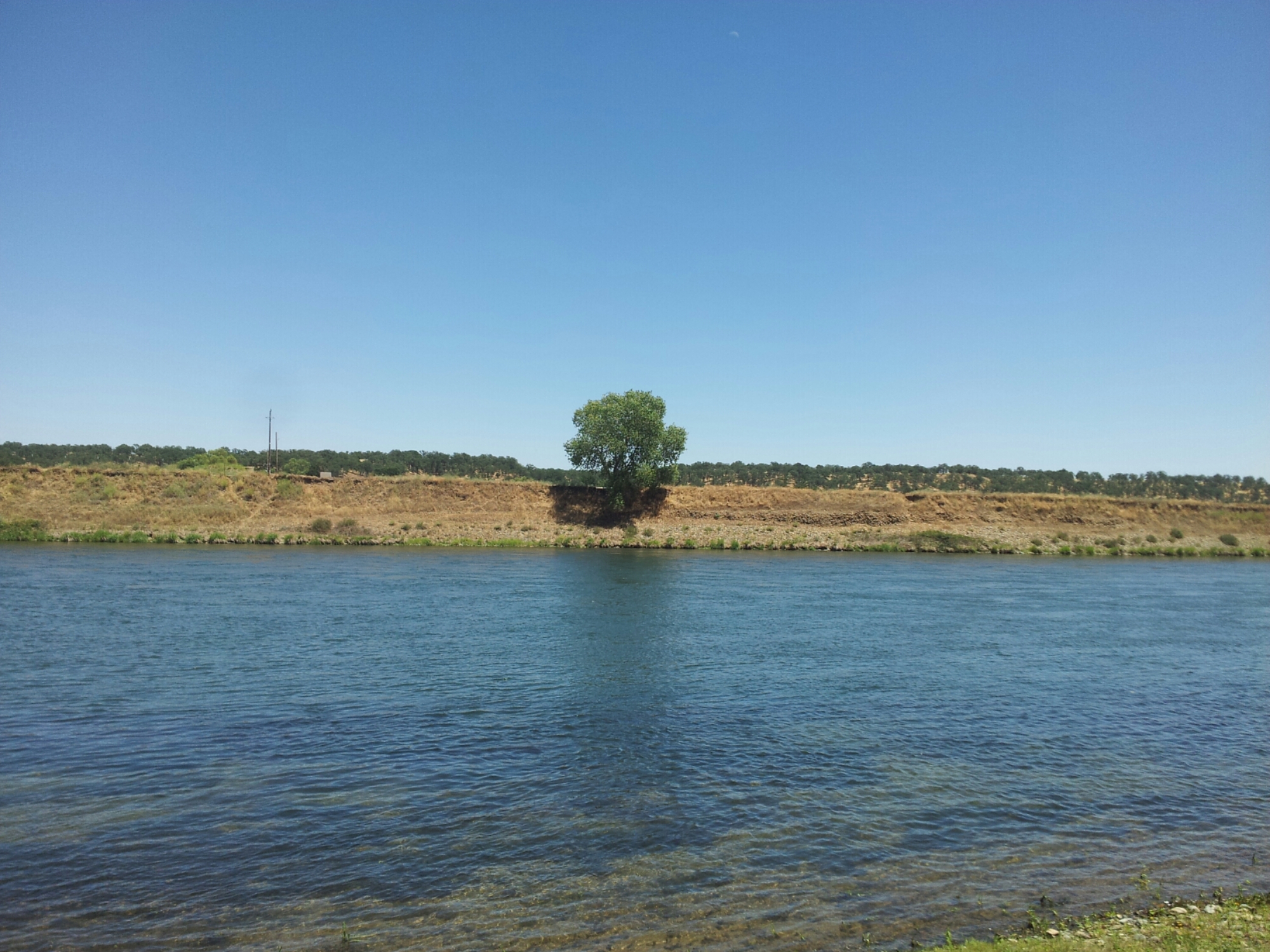 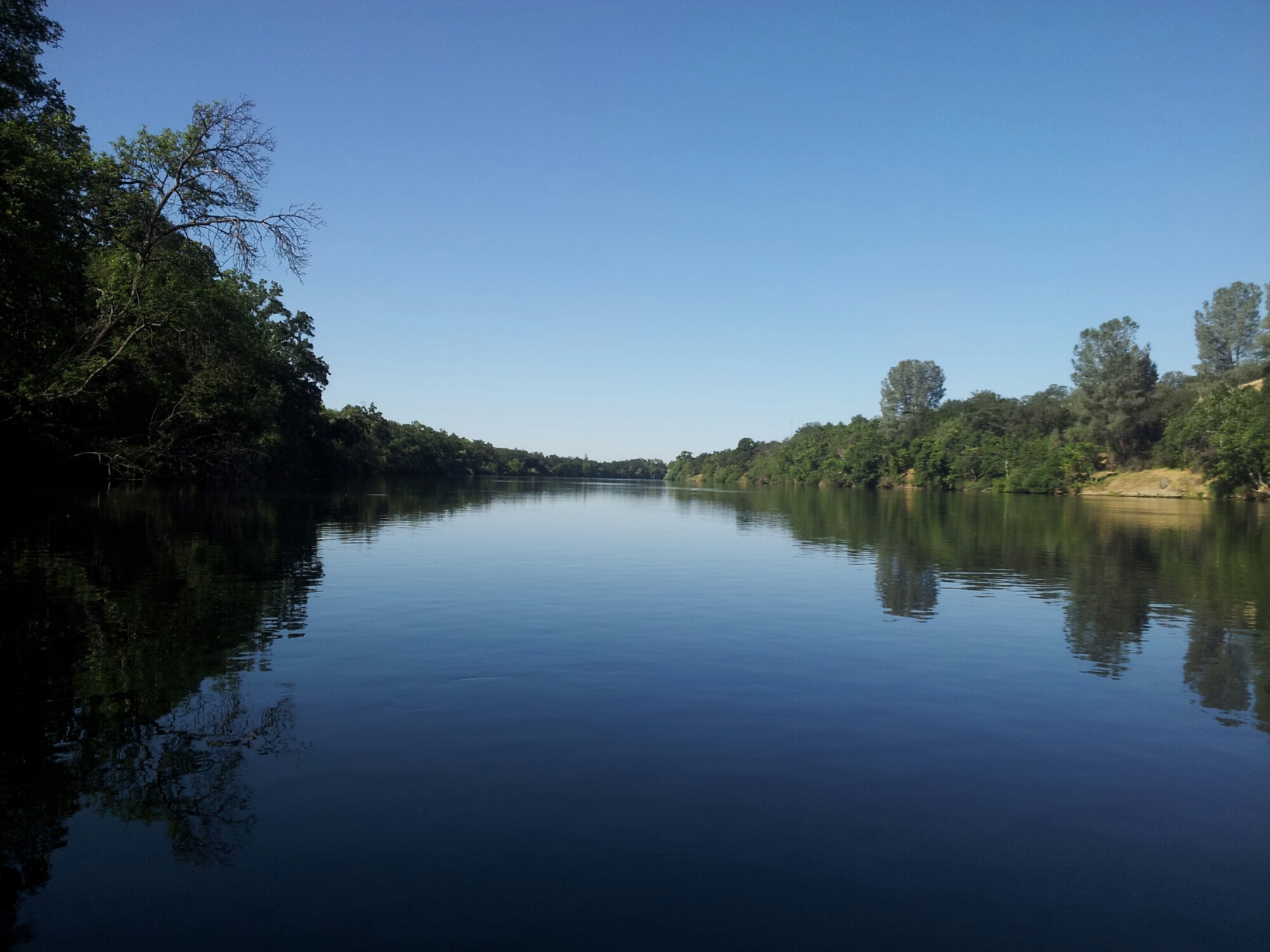 The first night I camped in beautiful Iron Canyon a few miles above Red Bluff. It is cut through the lava from past eruptions of Mt. Lassen. My phone battery was dead so I couldn’t take a photo as the river and canyon walls changed color as the sun set. With no lights nearby the stars were incredibly bright and appears to be nearer than usual. The only sounds were the river, bullfrogs, crickets, and distant coyotes.

The next morning I packed up and pushed off fairly early, hoping to stop in Red Bluff for a nice breakfast. It was a nice paddle through the the rest of Iron Canyon, then rolling hills just upstream of Red Bluff. I landed at Red Bluff River Park. None of the river parks look like real safe places to leave a loaded kayak, and that is especially true in this case. I dashed off looking for a nice breakfast, and all I got was a breakfast burrito at Taco Bell.

Not far below the river park is the Red Bluff diversion dam, which is now opened all year.

From here on the river passes through farmland and grassland. There are frequent sloughs and islands. 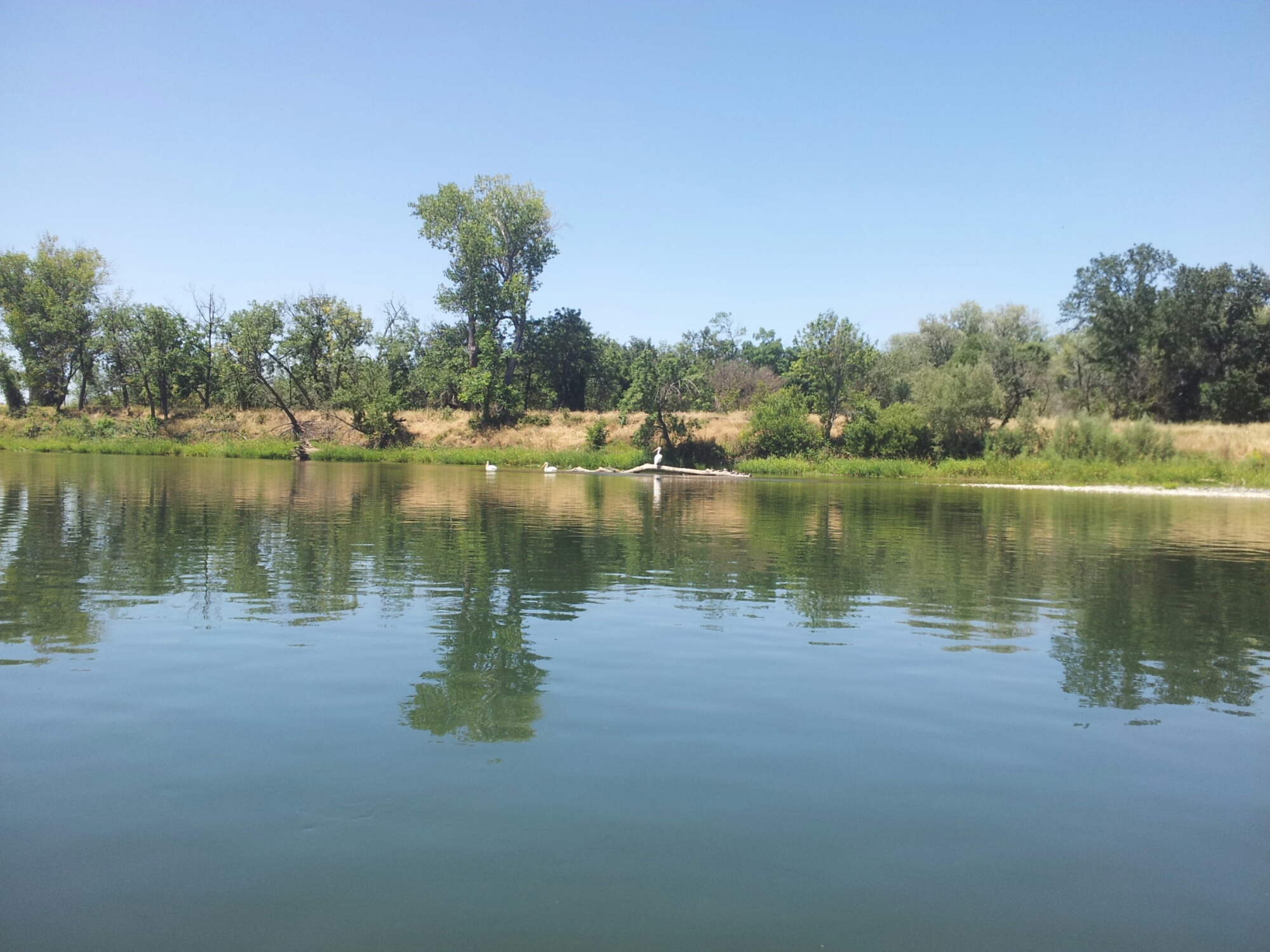 There is more wildlife than I expected south of Red Bluff, especially birds. Swallows build nests in the river banks and on bridges, and as you pass the colonies hundreds of them leave their nests and try to lead you away from the nests. There are herons and osprey looking for fish, and occasionally hawks and eagles. Sometimes you see beavers, and turtles slip into the water from logs as you approach. 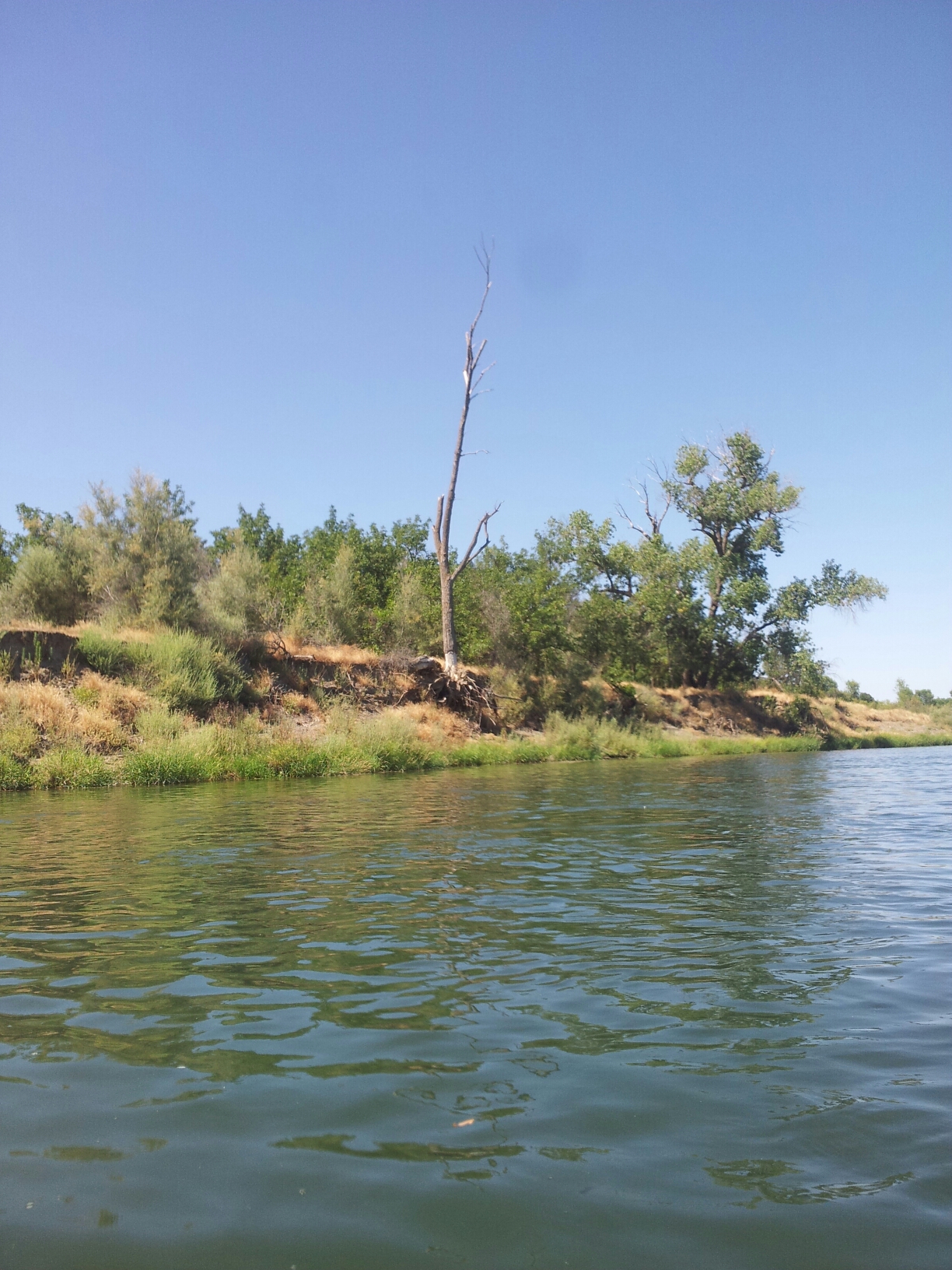 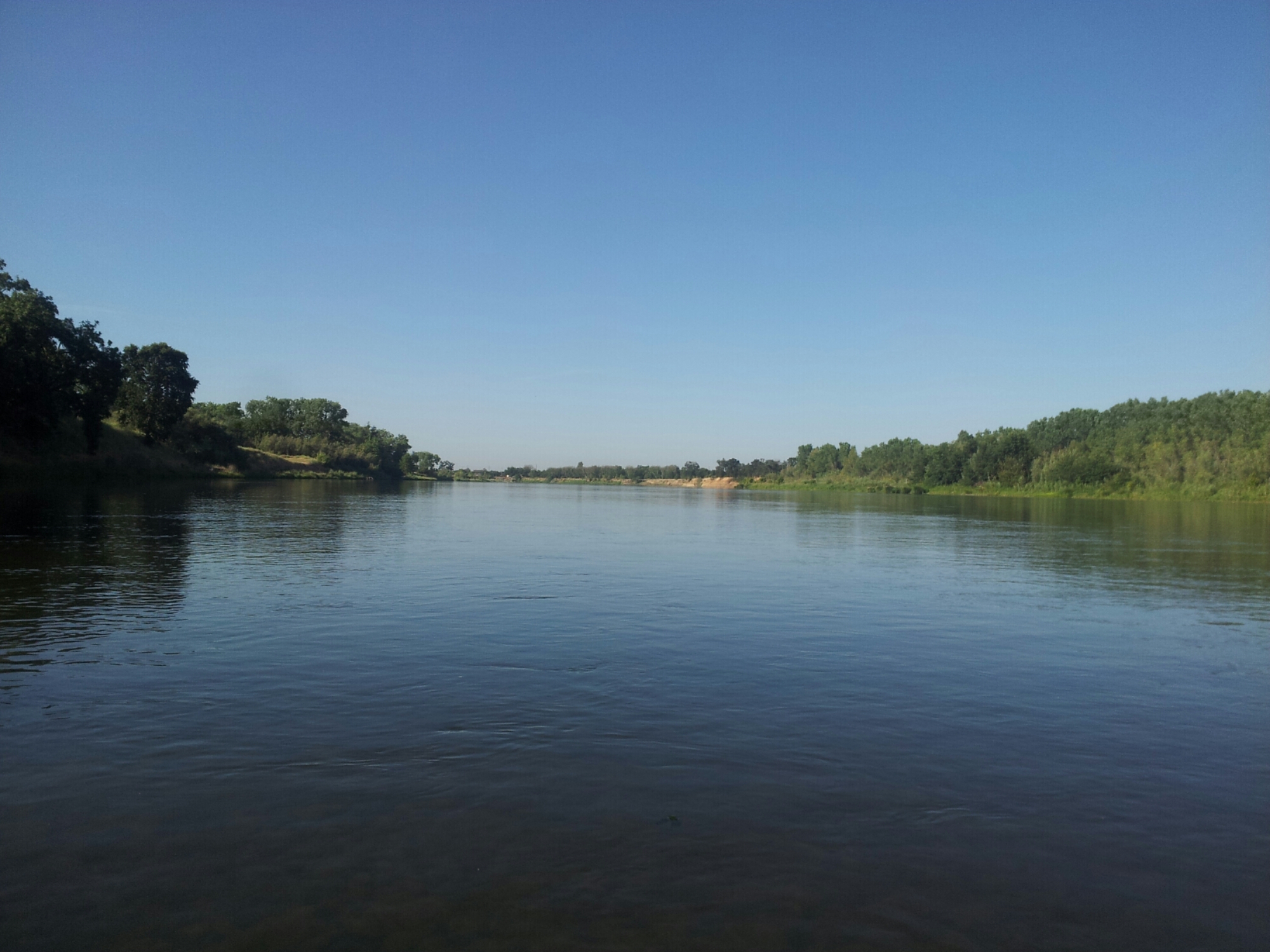 I had planned to camp at Woodson Bridge but I went on the wrong side of the island and passed it. I tried to paddle back up on the other side of the island but the current was too strong (or I was too hot and tired), so I continued on. I found a nice camping spot on an island just below Capay.

The forecast was for very hot weather beginning on Thursday so I decided I would stop the next day at Ord Bend and continue on at a later date. Once again I was hoping for a nice breakfast, this time in Hamilton City, and I didn’t get it. I left my kayak at Irwin Finch River Access and walked around town, but could only find a gas station with a convenience store. I bought some water (I drank 9 liters in 2 days) and moved on. 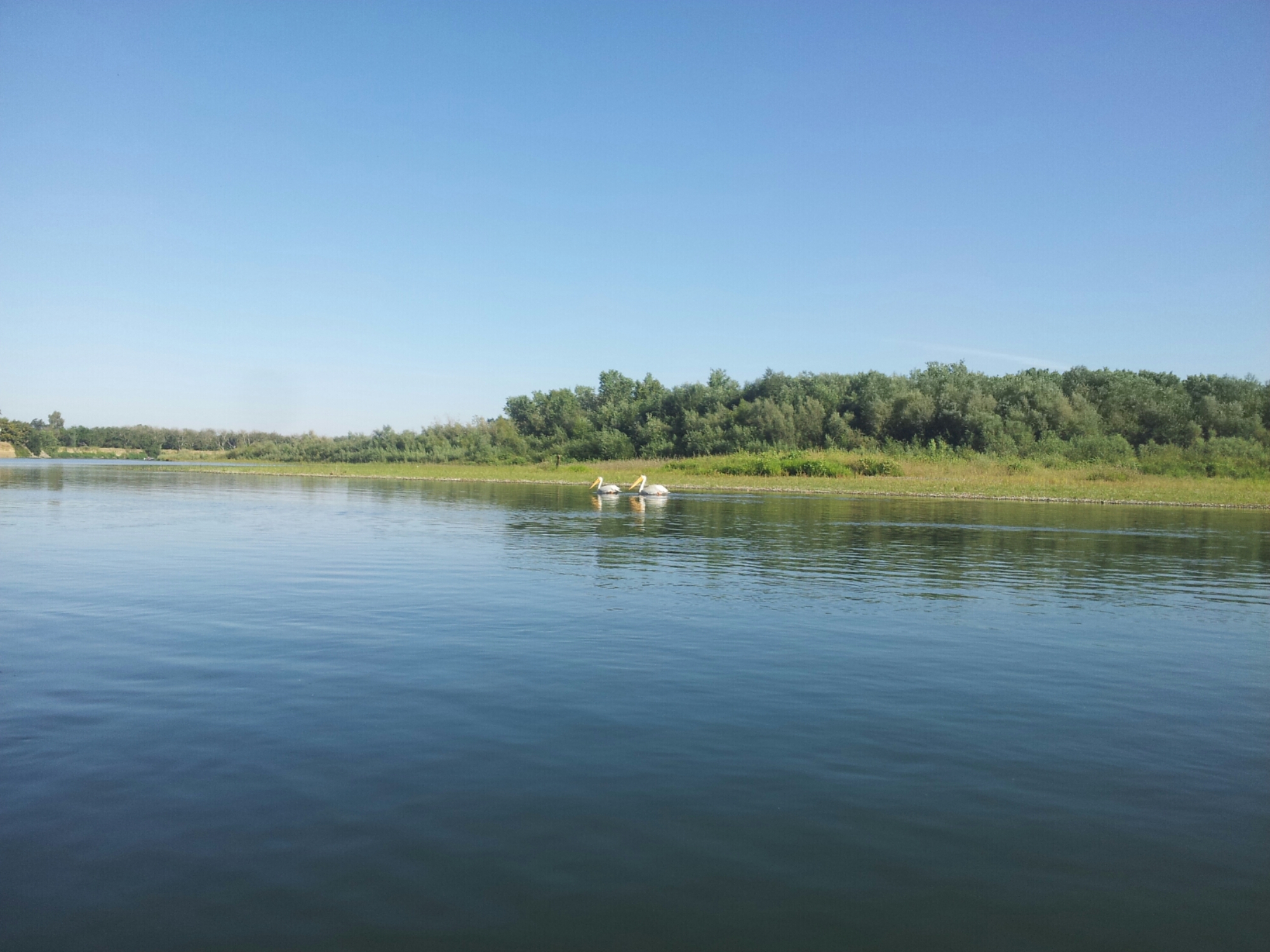 I made it to Ord Bend by early afternoon and packed up my boat. 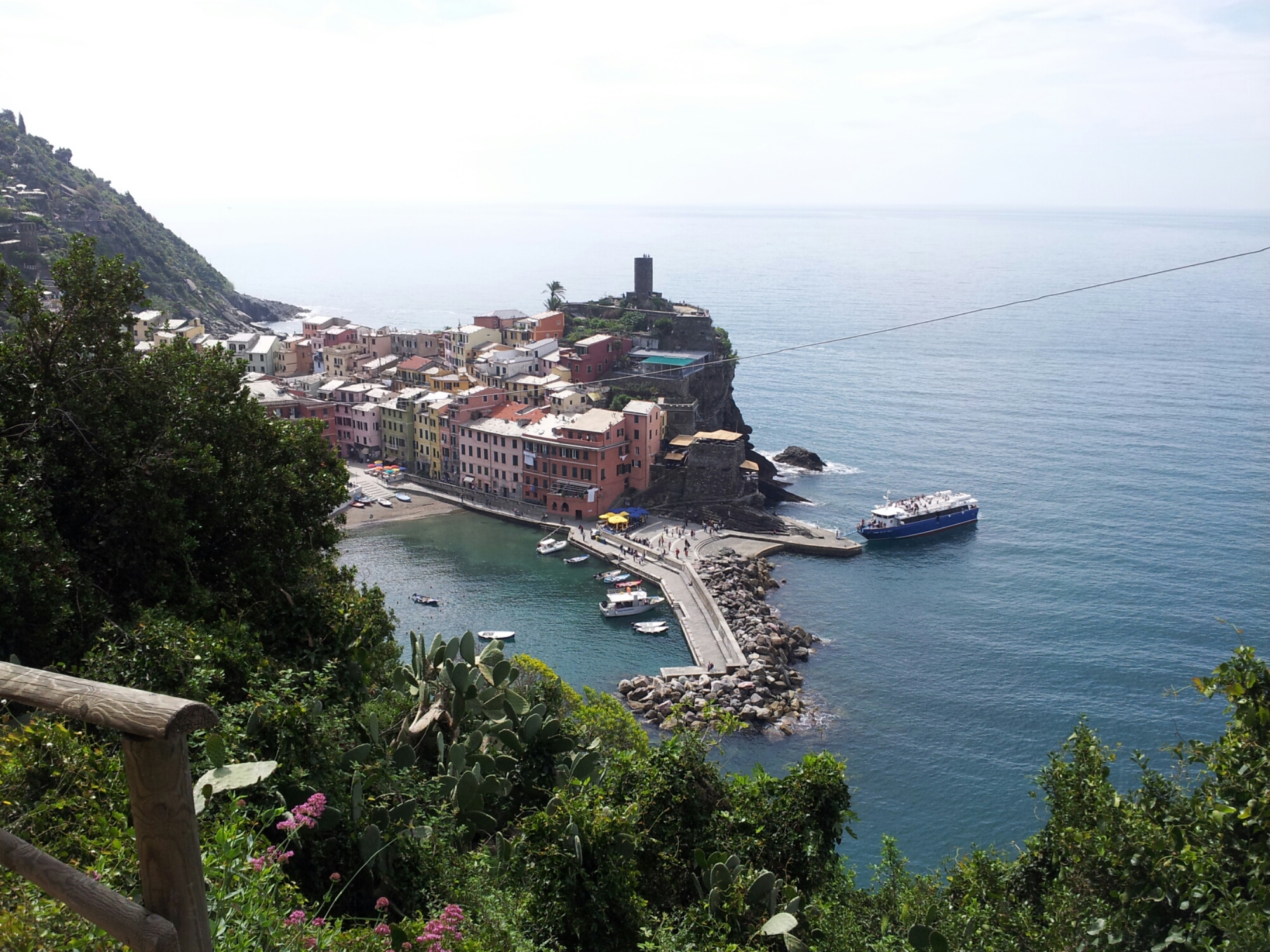 My plan for Italy was to spend a week hiking the Dolomites, then two weeks kayaking from Venice to Trieste – if the weather was good. It wasn’t. I waited on Isola Lido near Venice for three days to launch my kayak but the weather remained cool and drizzly. 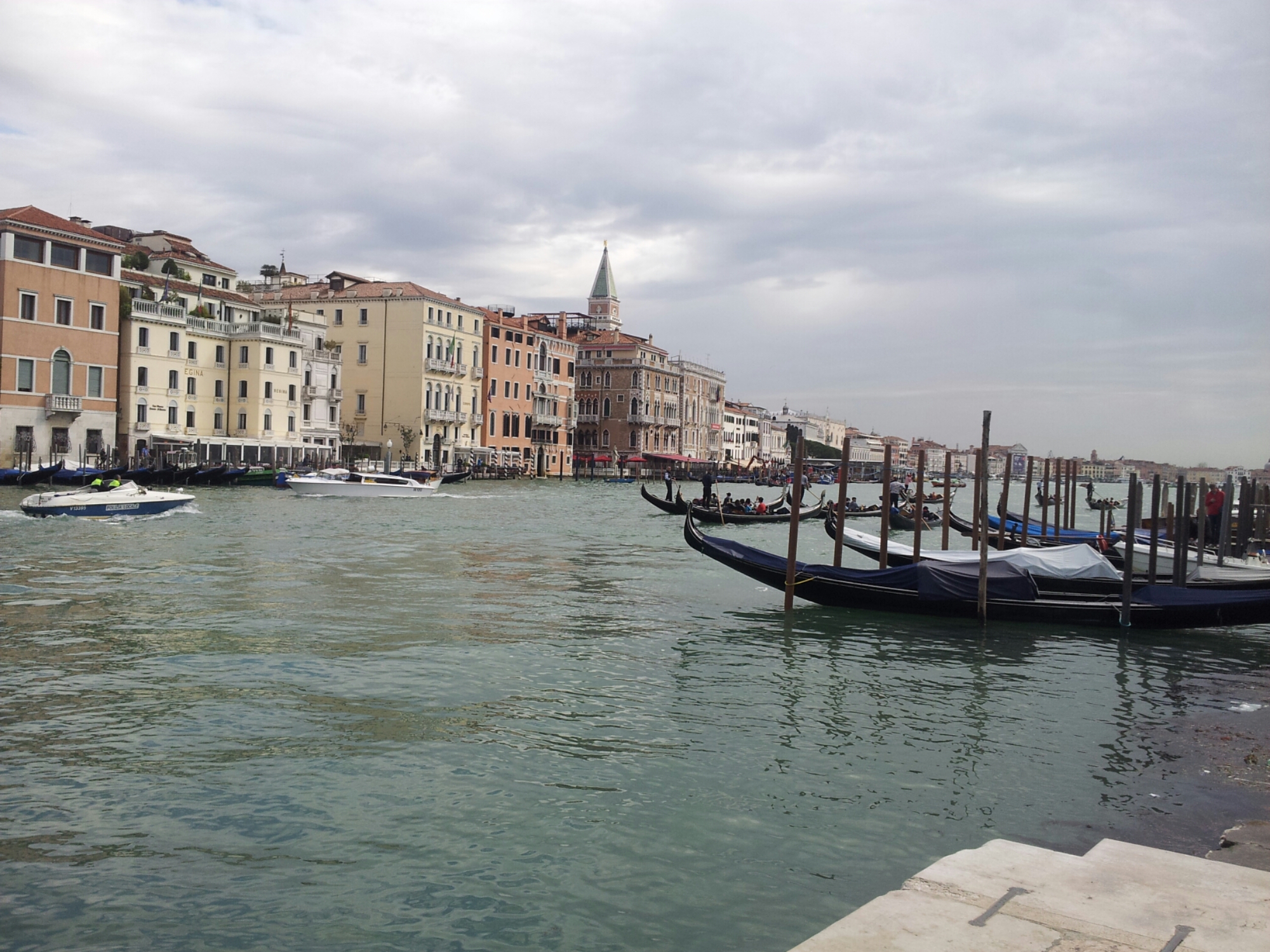 So I put my kayak in storage and went hiking in Cinque Terre instead. Cinque Terre is on the Ligurian Coast near Genoa. There are small villages built into the cliffs overlooking the Mediterranean every few miles and hiking trails that link the villages. It is a beautiful area and a popular hiking destination so it gets pretty crowded in the spring when the weather is pleasant. But except for the most popular trail along the coast from Monterosso to Vernazza you can usually hike all day and see few hikers until you reach a village. 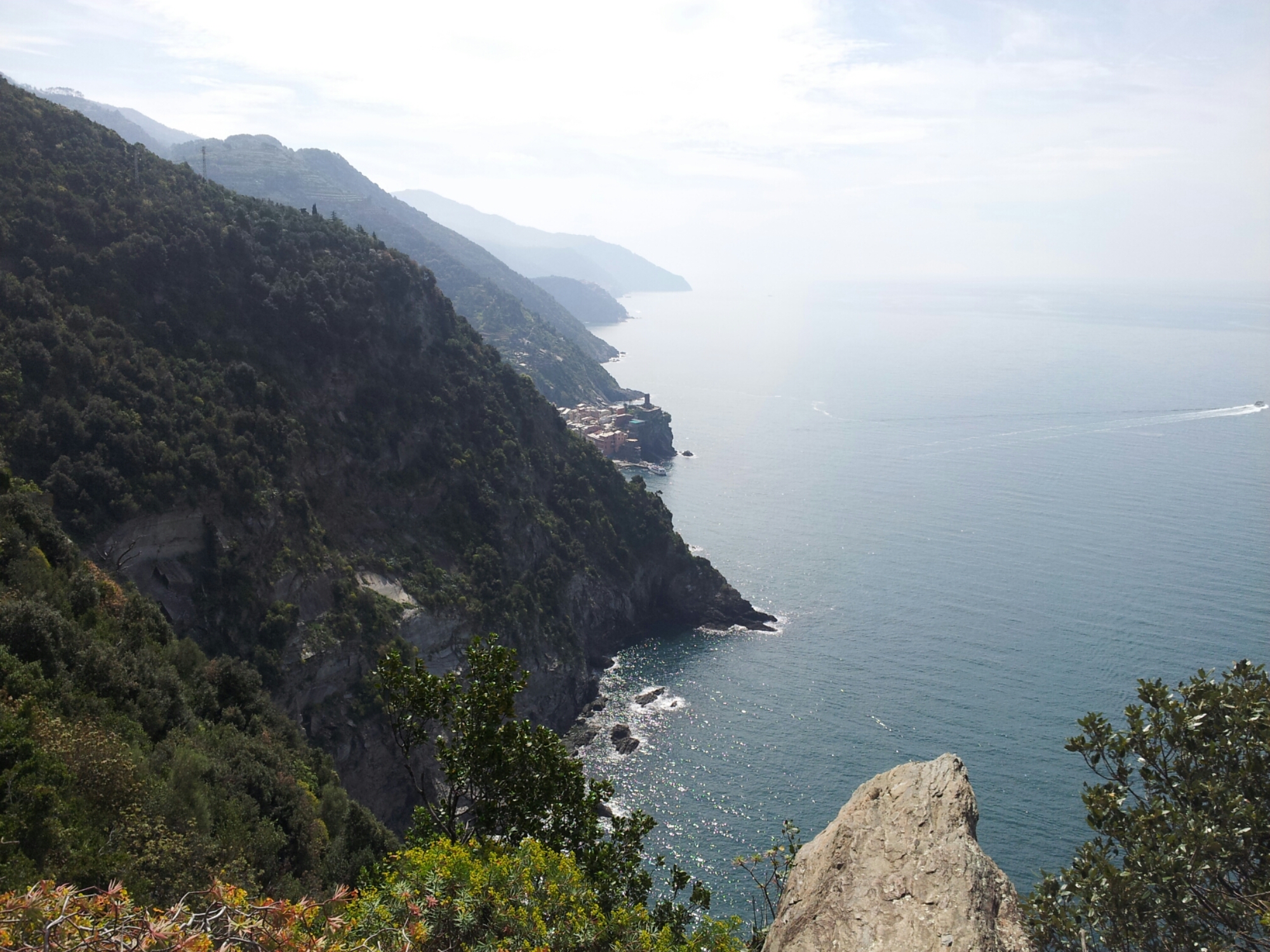 The trails are steep, often climbing from the coastal villages for an hour or two and then traversing the top of the cliffs before descending to the next village. Along the trails are olive groves and lemon orchards and vinyards that are only accessible on foot. Then as you descend towards the sea you catch glimpses of the village you are approaching clinging to the cliffs. Once you’ve reached the village it’s time for a tasty Italian lunch – the seafood in Cinque Terre is outstanding.

One day I took the train to Genoa and wandered around. As one would expect in the hometown of Christopher Columbus there is a huge port with thousands of boats, everything from feluccas to mega-yachts. 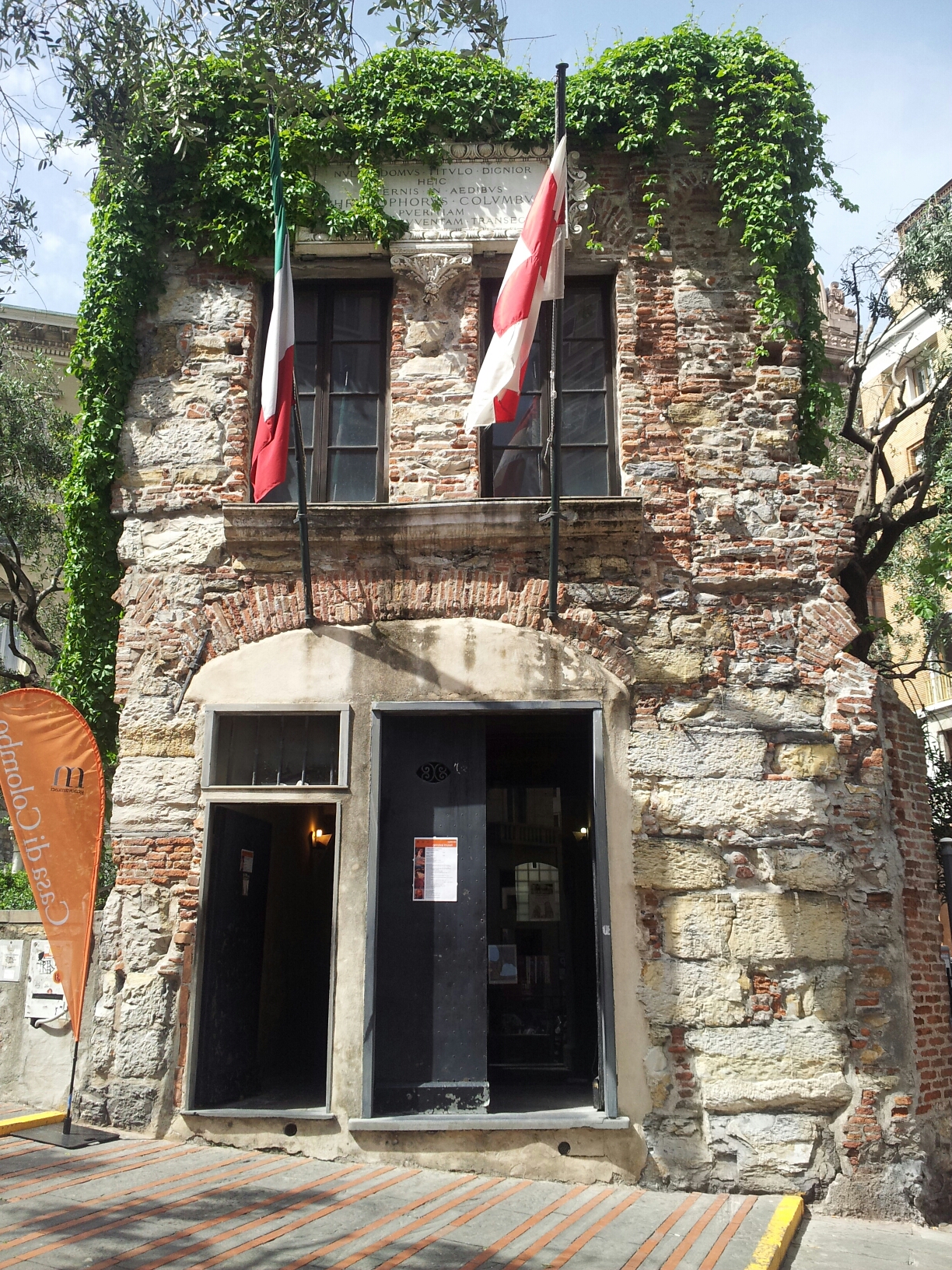 After a few days in Cinque Terre I headed to Milan for some urban hiking. 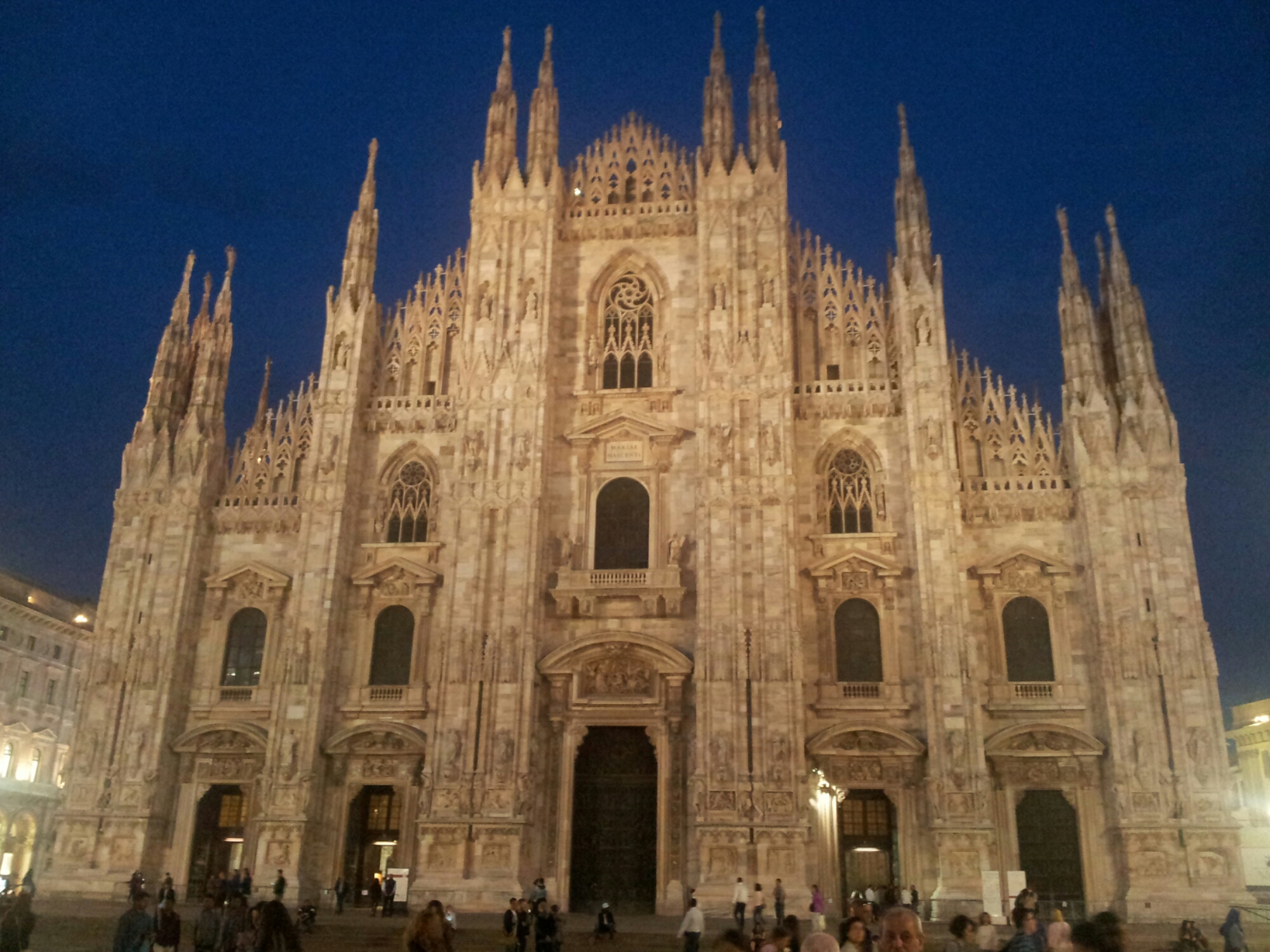 There is a really nice new neighborhood, Porta Nuova, that I liked. 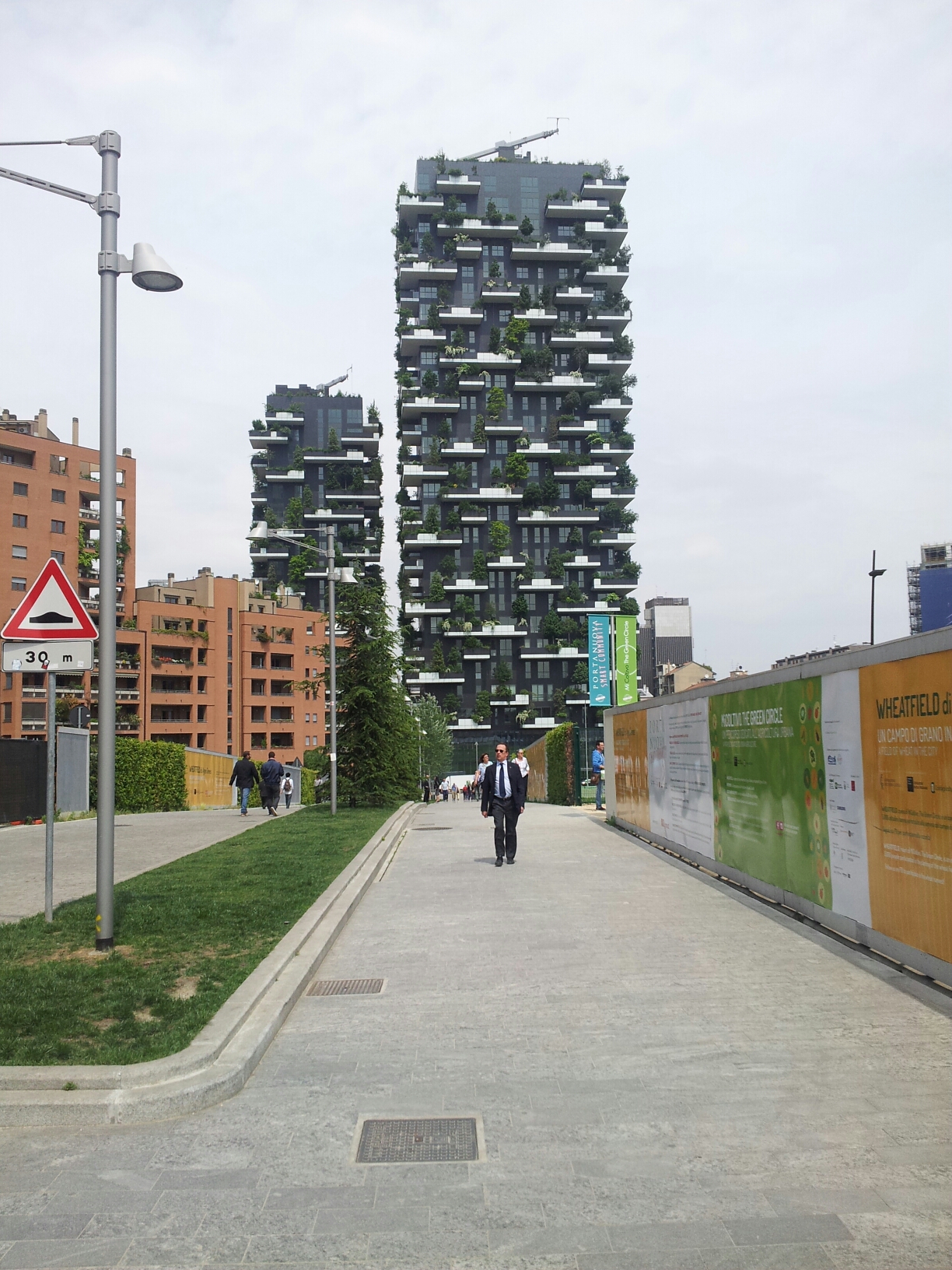 Via Della Spiga and the Quadrilatero Della Moda is always a scenic hiking area.

I ended my hiking vacation in Italy with a few days in Trento. 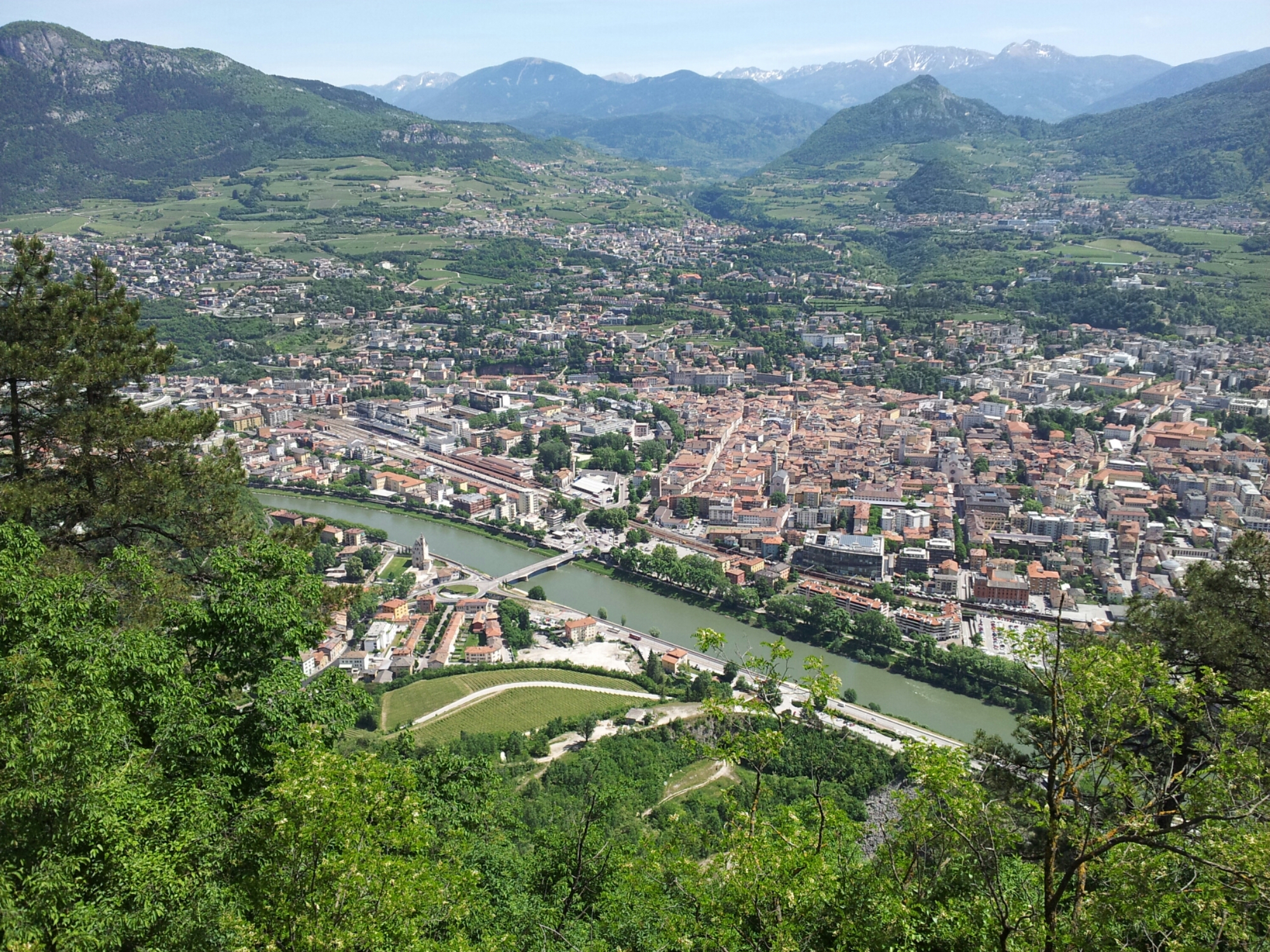 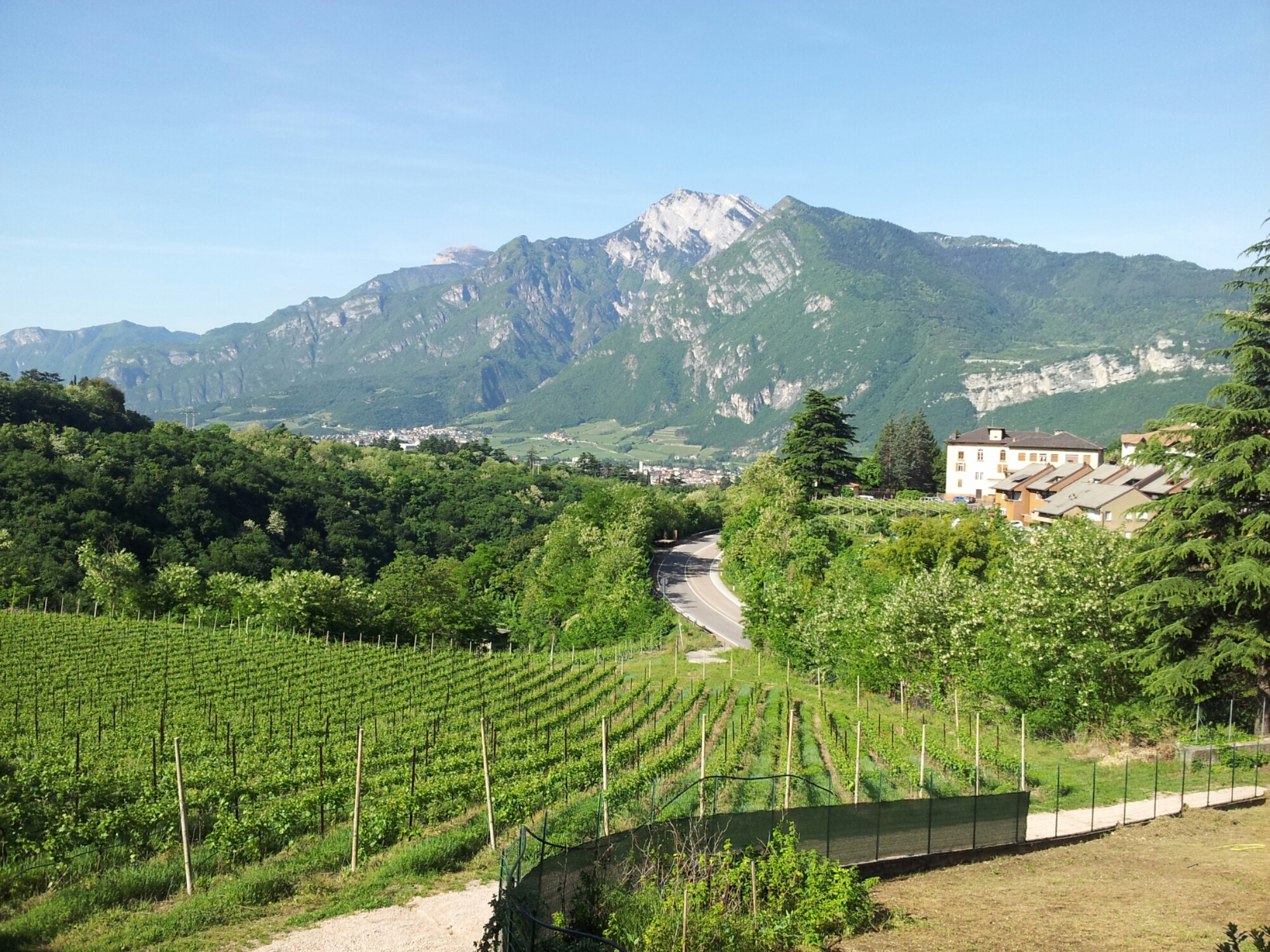 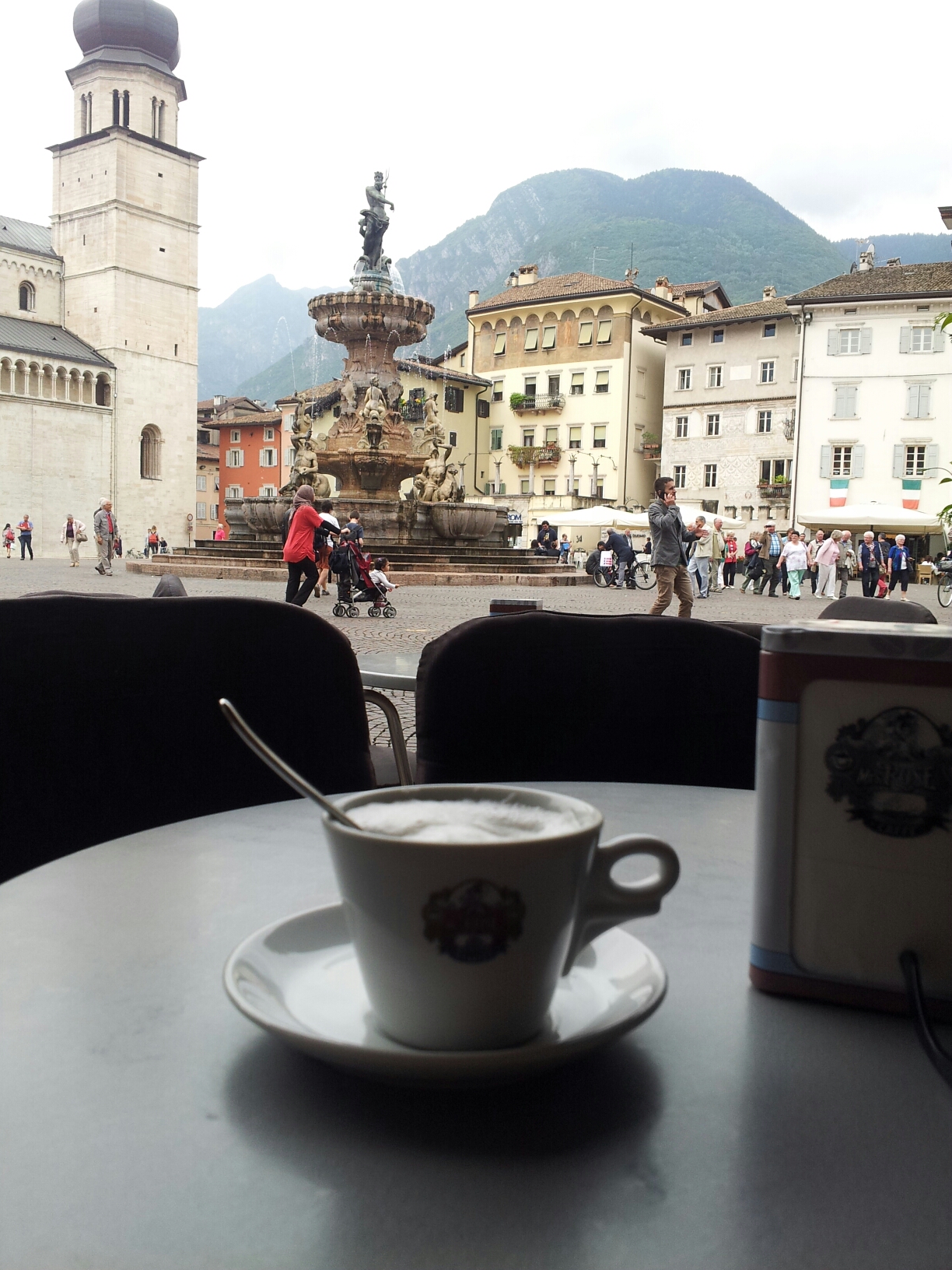 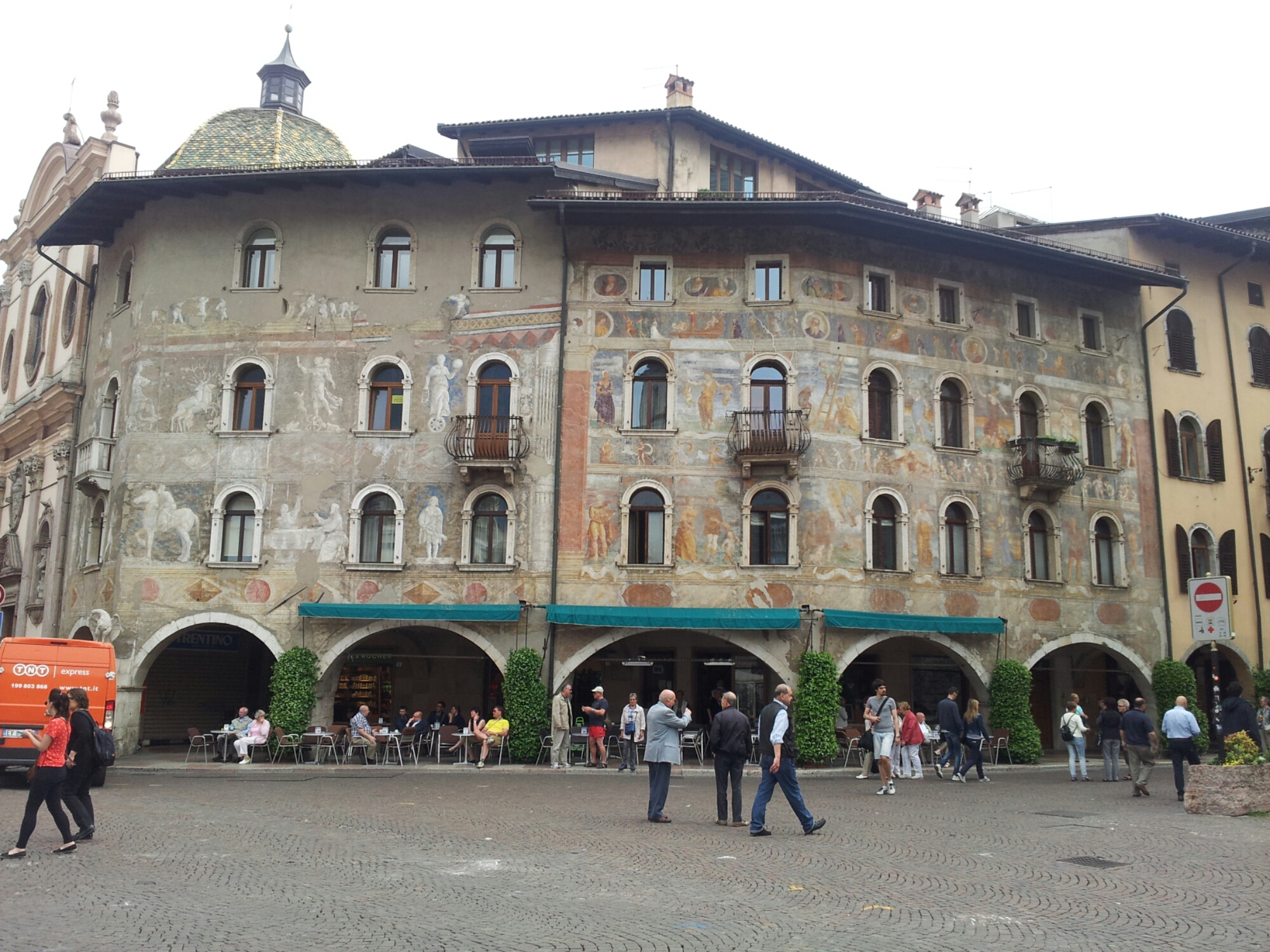 Trento is on the western side of the Dolomites and is on the route to the Brenner Pass, so it is a bit more of a tourist destination than Feltre. The hiking was excellent, but an unexpected highlight was the train trip through the Dolomites on the way back to Venice. It was the most scenic train trip I’ve been on in many years. Some day I would like to ride a bike along this route.